In Vanuatu, an archipelago of islands located west of Fiji and east of the Solomon Islands in the South Pacific Ocean, the national dish is a hearty pudding called laplap. It is made from grated vegetables, such as cassava, taro or yam, or from cooking bananas that are unique to the Pacific region. This photo essay shows the traditional way of making laplap using an earth oven, and a shorter version called simboro. (Photos by Anne Vezina) 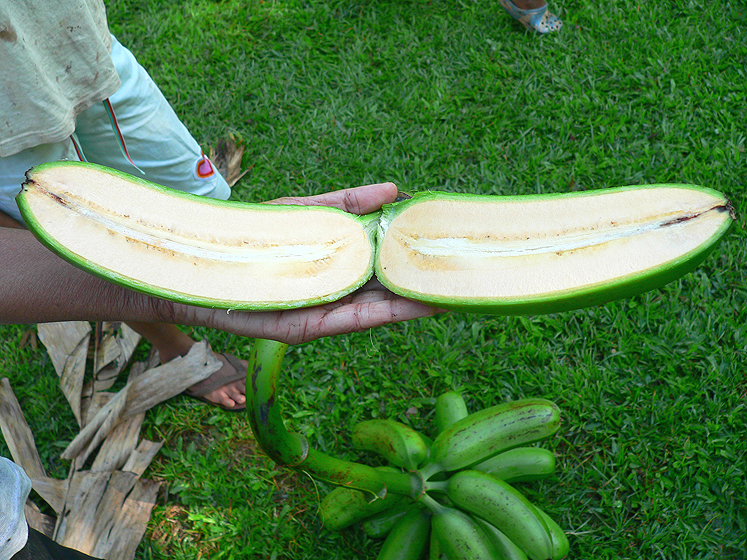 To make banana laplap, Ni-Vanuatu use cooking bananas that were domesticated in the Western Pacific and introduced east by Polynesian settlers. This particular bunch is a cultivar that belongs to a group of bananas named Maoli-Popoulu, after the Hawaiian name of these distinctive bananas. 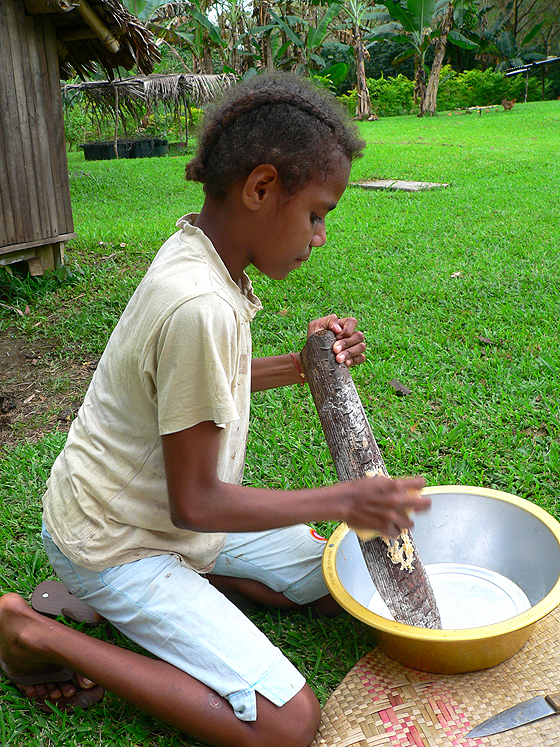 The bananas are mashed to a pulp using a traditional food grater. 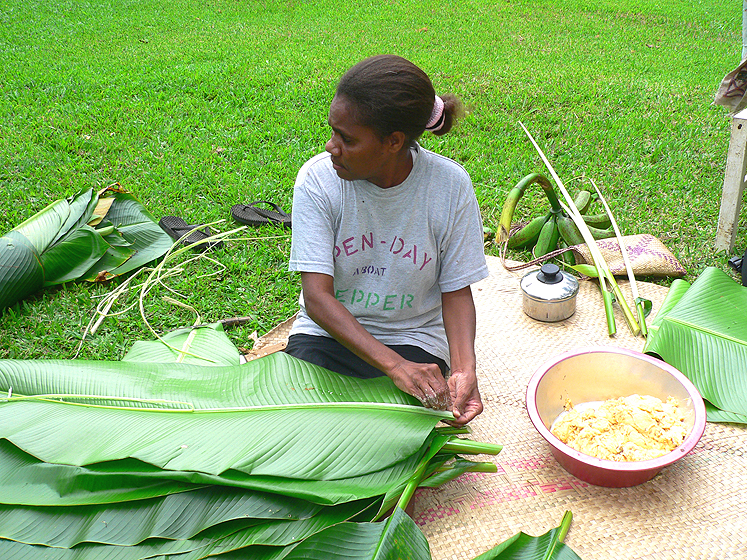 Banana leaves can be used to wrap the laplap, but Ni-Vanuatu prefer the thicker leaves of Heliconia plants which, like bananas, belong to the order Zingiberales. Fibre is removed from the midrib to make the ties that will be used to secure the laplap. 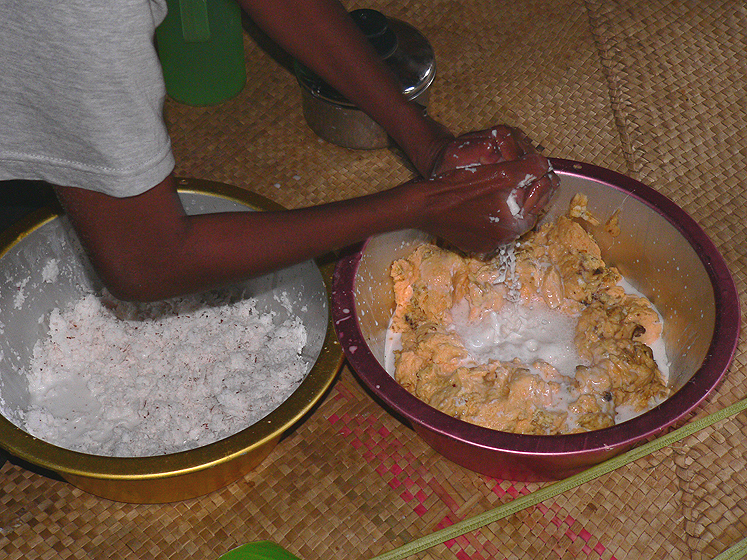 The other main ingredient is coconut milk. It is obtained by grating the inside of the coconut seed to extract the white fleshy part (the meat) and mixing it with the coconut water. The milk is extracted by squeezing a handful of the mixture over the banana paste. 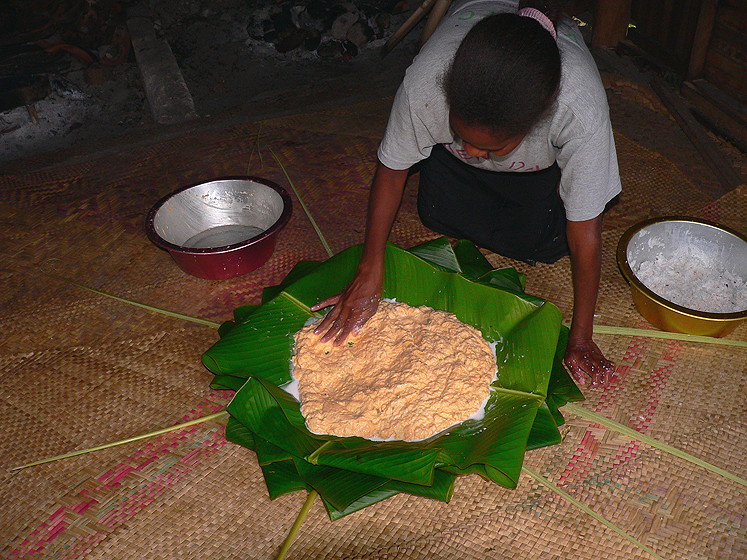 The leaves are folded and splashed with coconut milk before the banana paste is added. People often add pieces of meat on top of the laplap. 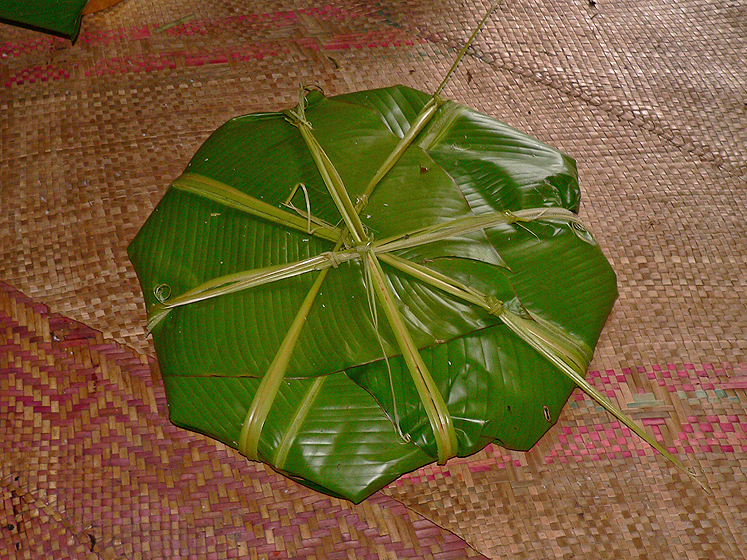 The laplap is expertly wrapped using the Heliconia leaves and secured with the ties extracted from the leaves’ midrib. 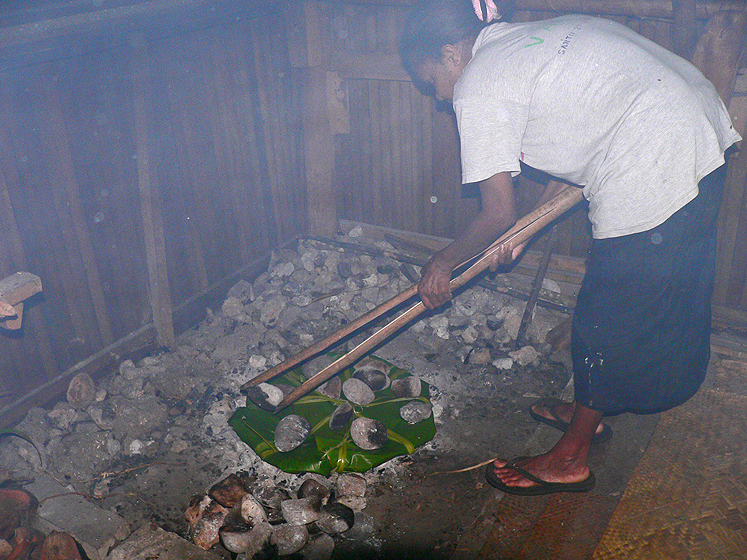 The laplap is traditionally cooked in an earth oven called umu or uma. The cooking pit is sheltered to protect it from the rain and is separate from the house. A fire is started to heat the rocks. Once the rocks are hot enough, they are raked flat and the laplap is set on top. Some hot rocks are also placed on top of the laplap. 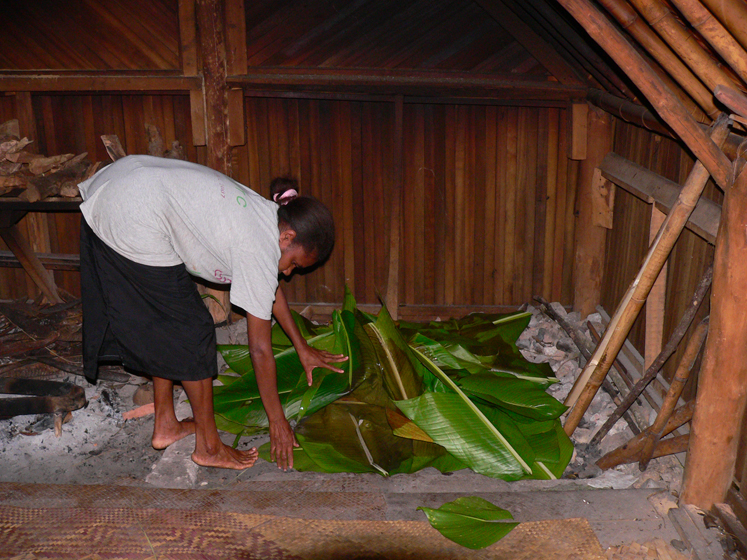 More leaves are placed on top of the laplap and the food is left to cook for a few hours. 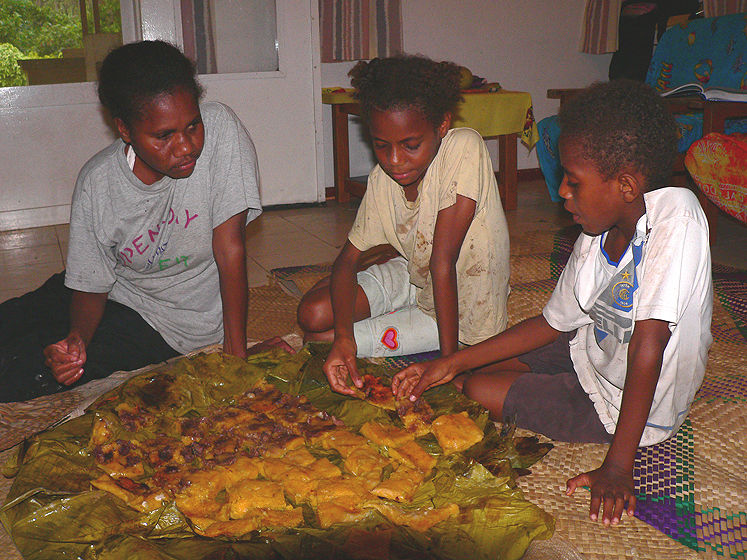 When the laplap is ready, everyone sits around it to savour it. It is best served hot and eaten straight away. 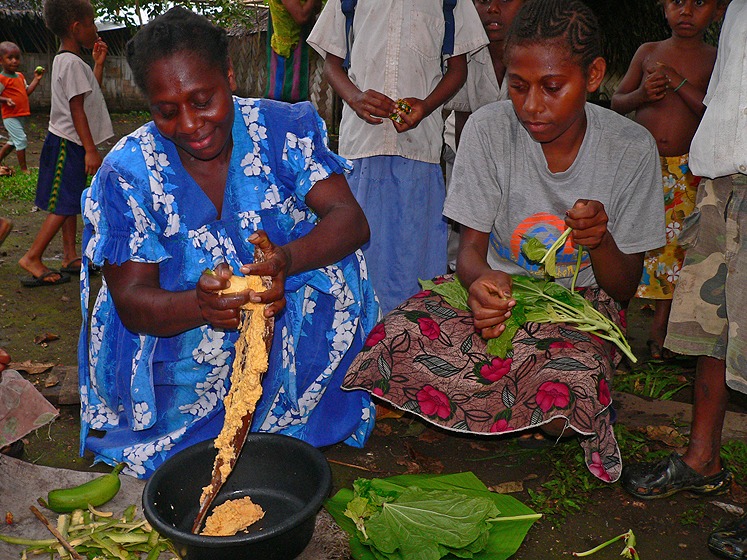 A similar dish is simboro. Instead of being wrapped in non-edible leaves, the banana paste is spread on the leaves of island cabbage, a leafy vegetable that tastes somewhat like spinach and kale. 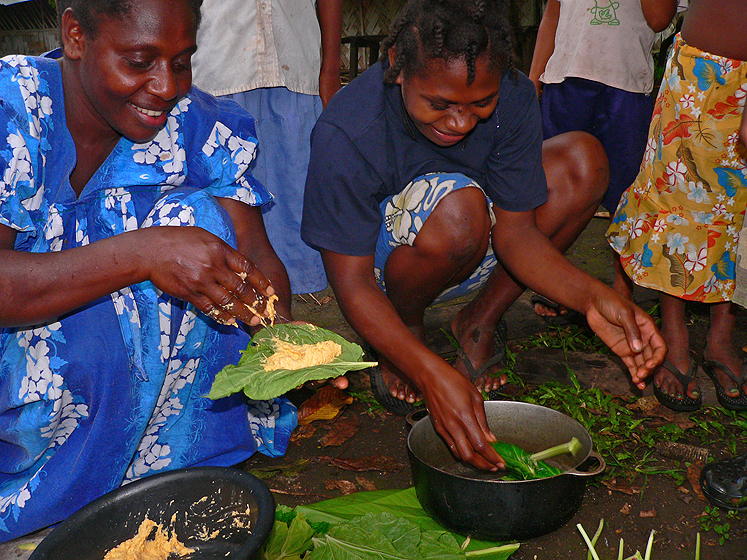 The leaf is wrapped around the banana paste to make bite size stuffed rolls. The simboro are placed in a saucepan and cooked in coconut milk for 15 minutes or so, depending on the intensity of the fire. 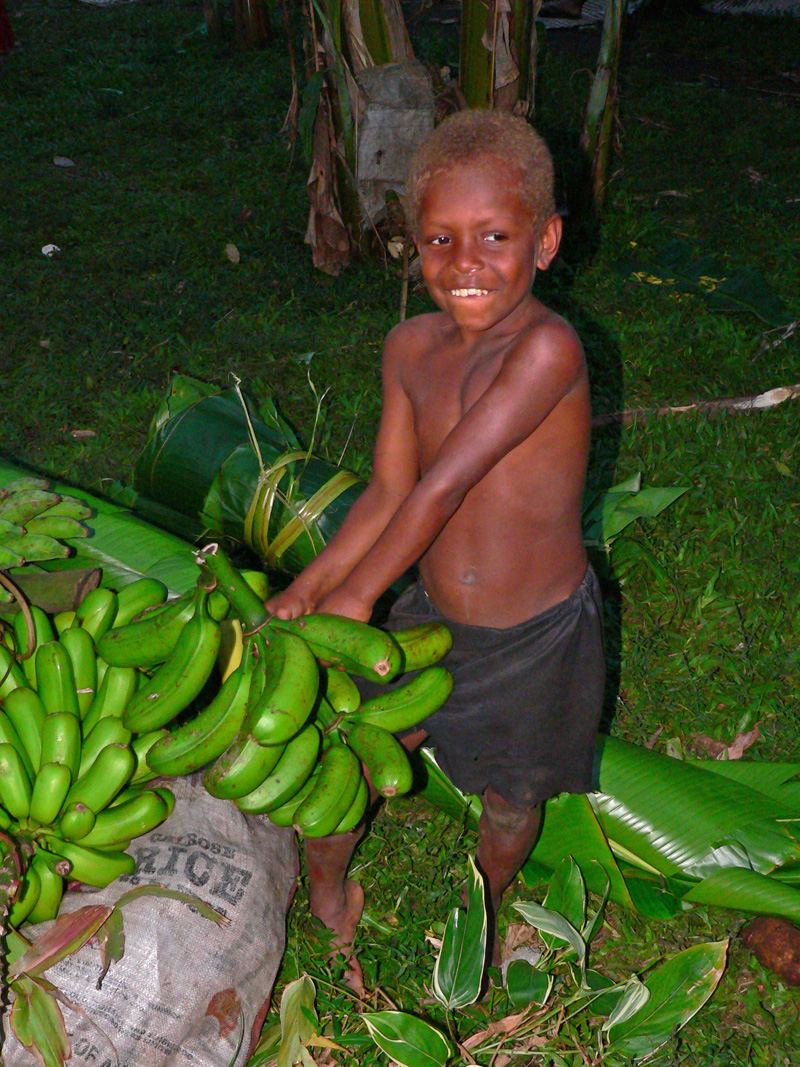 In recent years, rice and other imported foods have become more prevalent, along with health problems such as diabetes, heart disease and obesity. As a result, Pacific Islanders are increasingly urged to go back to their traditional crops, but the future will most likely be a fusion of these two culinary worlds.