The interior of Oman would be an unlikely place to go looking for water-loving bananas, were it not for its oases. Relying on reports of lush banana gardens in the accounts of 14th century explorer Ibn Battuta, scientists from Germany, Belgium and Oman led by Andreas Bürket have been exploring the oases of Wadi Tiwi, a deep and narrow gorge that runs from its source in the Hajar mountains to the ancient harbour town of Tiwi. After the discovery in 2003 of an hitherto undescribed AAA cultivar — which was named ‘Umq Bir’ after the settlement where it was found and later shared with the International Transit Center in Belgium (ITC1743) — another expedition was organized in 2010 to survey the diversity of bananas along a 15-km stretch of the valley. Of the 8,255 fruit-bearing plants that were identified to cultivar level, 52% were ‘Dwarf Cavendish’ and 40% ‘Bluggoe’. Although the transformation of most oases into modern settlements has led to genetic erosion, the survey provides evidence for the lasting effects of ancient trade on banana cultivation. 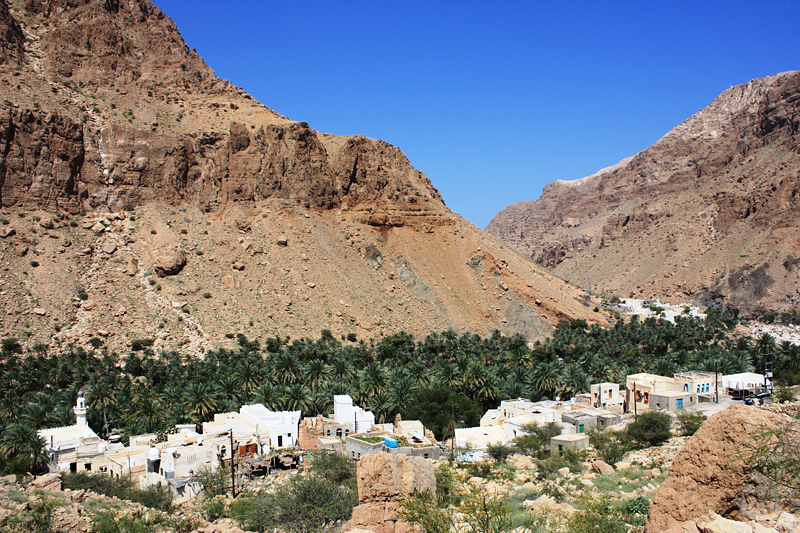 Harat Bida, one of the villages surveyed along the Wadi Tiwi. Strategically located at the crossroads of trade routes, the valley is host to a diversity of cultivars probably introduced from India and possibly East Africa. (Photo by S. Behrendt) 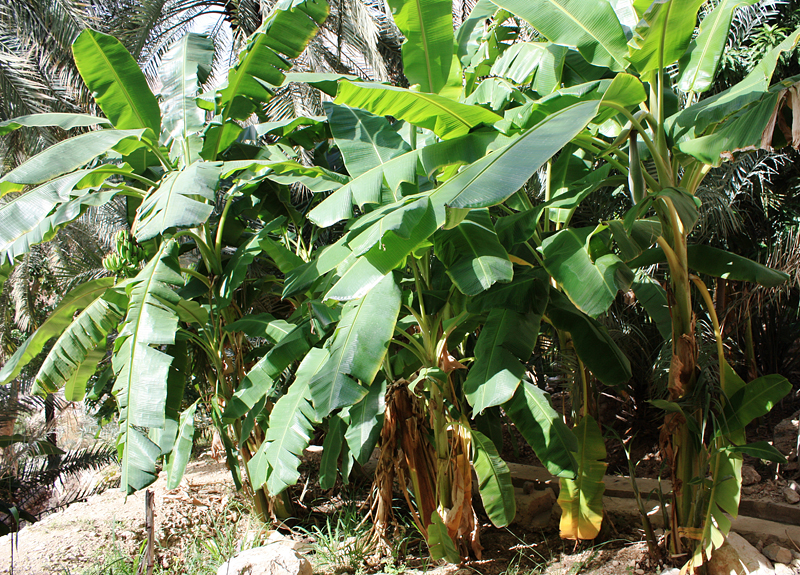 Date palms dominate the traditional terraced gardens, with bananas, pomegranate or citrus trees forming the understory, and fodder crops such as alfalfa and barley occupying the ground layer. (Photo by S. Behrendt) 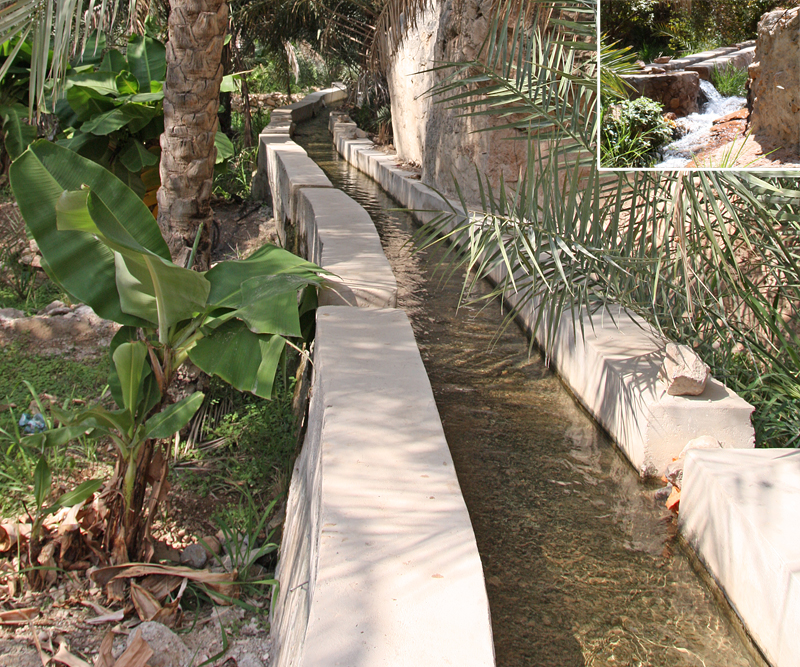 The traditional flood irrigation system is the falaj, a gently sloping channel interspersed with shafts through which the water is let out (insert). (Photos by S. Behrendt) 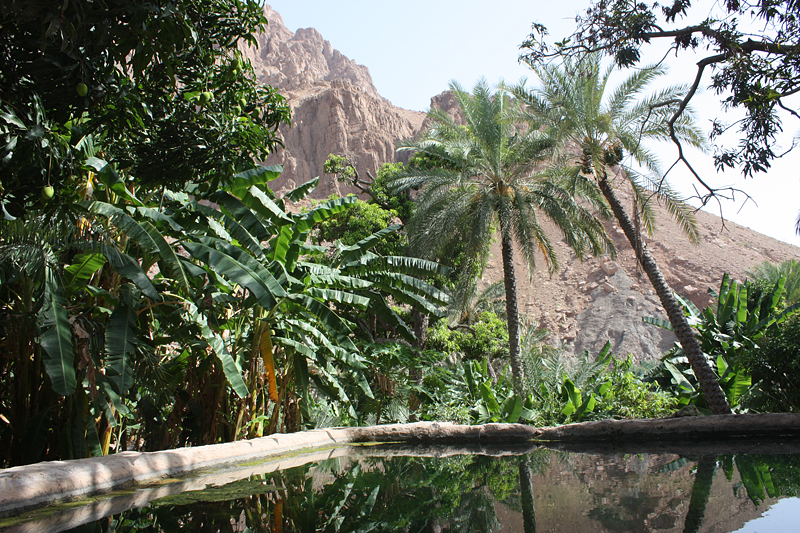 The irrigation water, captured here in a retention pool, comes from springs at the foot of the mountains. (Photo by S. Behrendt) 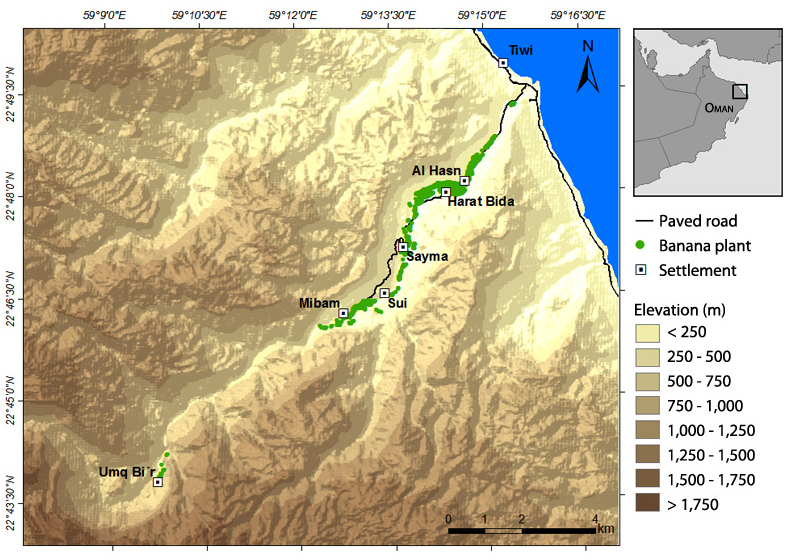 Location of the settlements and of the banana plants recorded during the 2010 survey of Wadi Tiwi. (Map by K. Brinkmann) 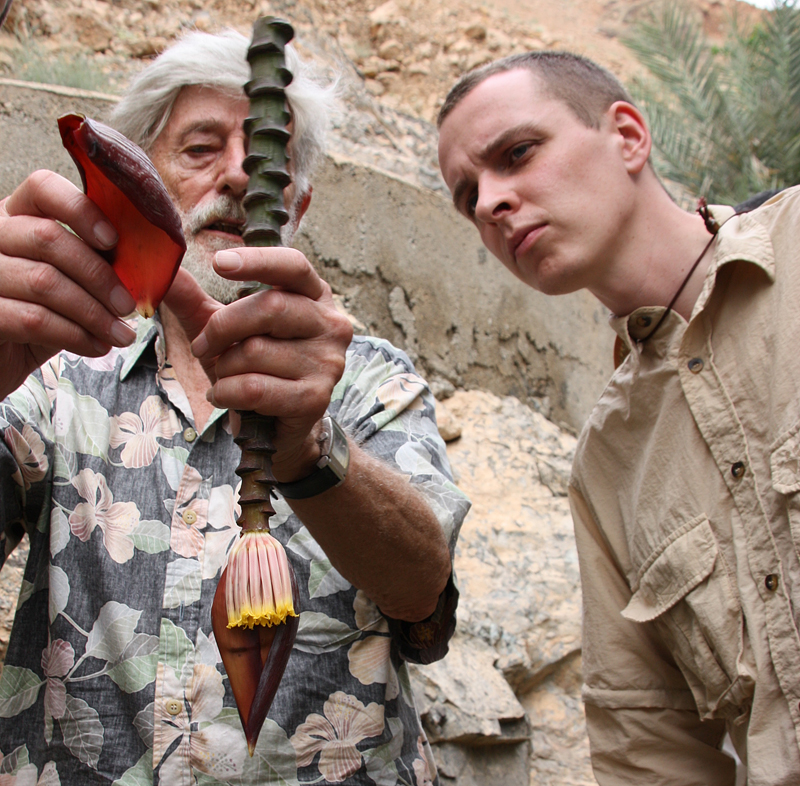 Stephan Behrendt of the University of Kassel in Germany was trained to identify the banana cultivars by Edmond de Langhe, a retired Belgian scientist who devoted his life to the study of bananas. (Photo by A. Buerkert) 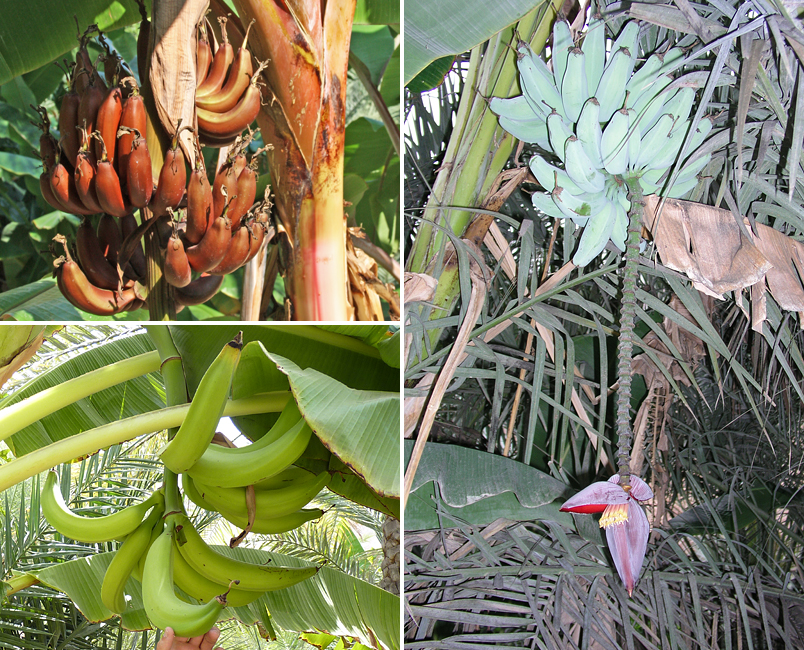 Some of the bananas were (clockwise from upper left) ‘Red’, ‘Silver Bluggoe’ and ‘Horn Plantain’. (Photos by S. Behrendt) 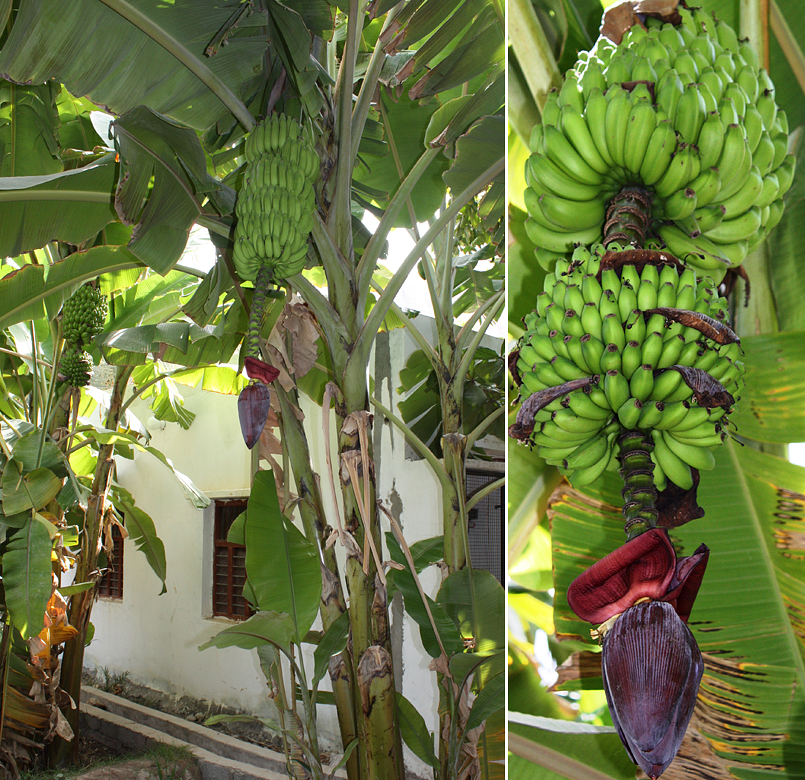 Although only 1% of the plants were ‘Mysore’, two of them had morphological abnormalities, like the interrupted bunch on the right. (Photos by S. Behrendt) 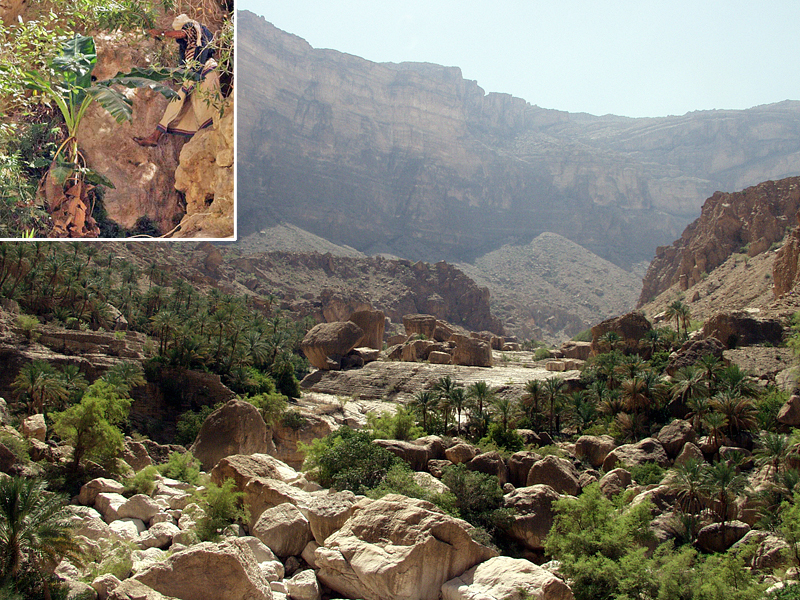 The scientists went as far as Umq Bi’r, a semi-abandoned settlement at the head of the valley. This is where a mysterious cultivar, named after the oasis, had previously been collected 20 m above the valley floor (insert). (Photos by A. Buerkert) 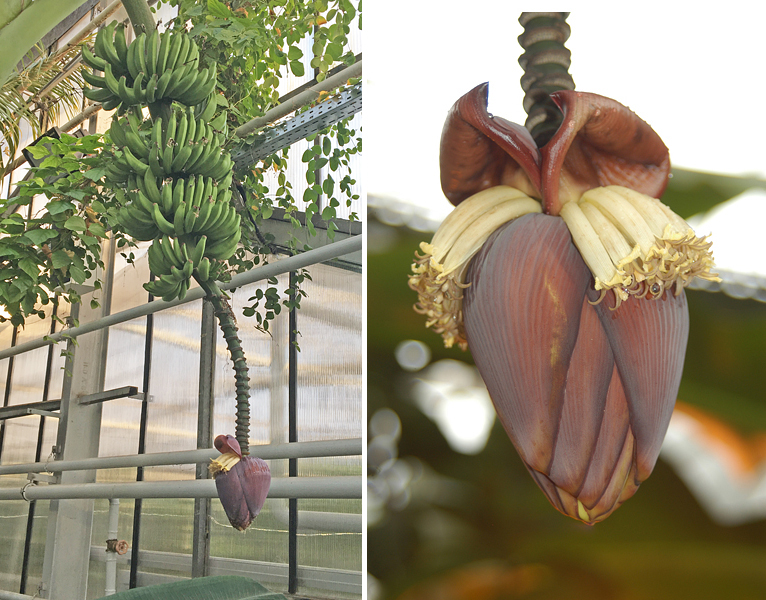 The 'Umq Bir' in the University of Kassel’s Greenhouse of Tropical Crops has an unusual male bud whose shape changes from plump to lanceolate as it matures. (From left, photos by A. zum Felde and A. Buerkert)