Dan Koeppel, the author of Banana: The fate of the fruit that changed the world, travelled to the now mostly deserted Yangambi research station, one of the first research stations to conduct research on Plantains. The text is adapted from the account of his trip published in the June 2010 issue of the Netherlands-Belgium edition of National Geographic. 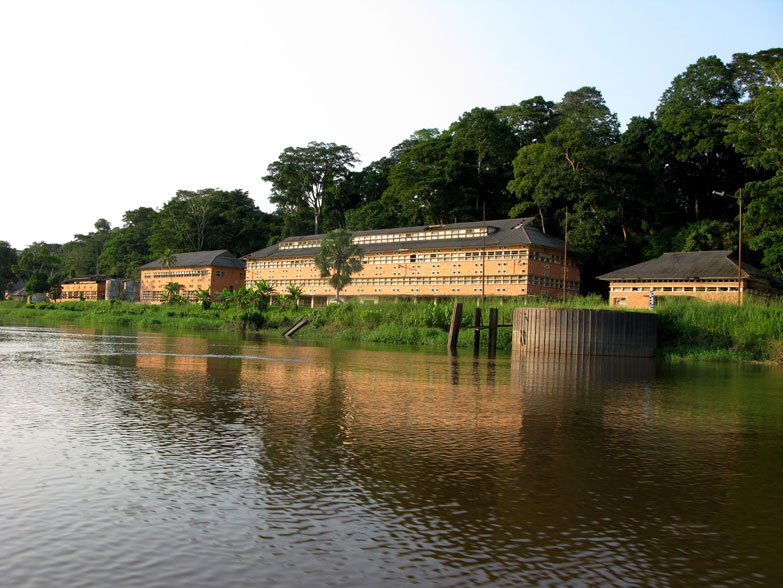 Built by the Belgian administration, the agricultural research station operated until Congo’s independence in 1960. At its peak, the enclave was home to 10,000 Congolese workers and families, and 4,162 Belgians: scientists, support staff and loved ones. The fortress laboratory was believed to be the largest such outpost the world had ever seen. (Photo Dan Koeppel) 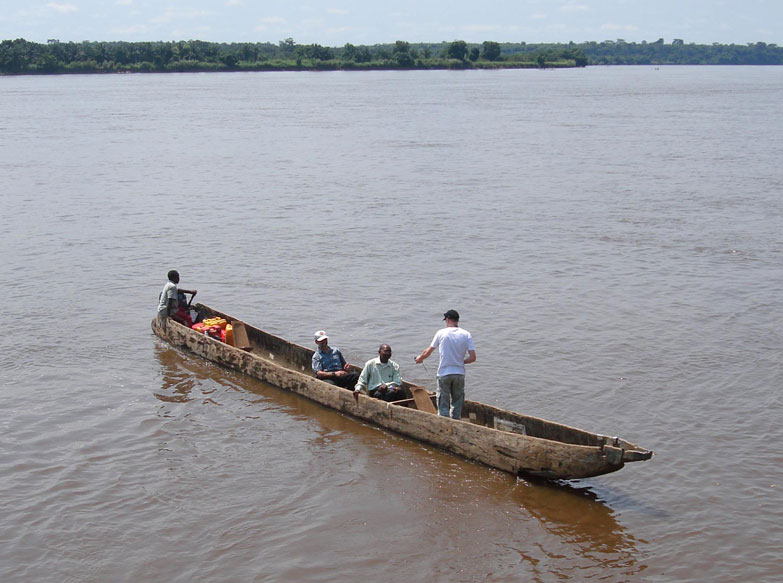 Yangambi is a day-long river trip from Kisangani. The site was chosen by British explorer Henry Morton Stanley, the man who claimed Congo for his royal Belgian sponsor. On seeing the sunny plateau on the north bank of the Congo River, Stanley wrote in his diary that it would make “a charming field for the European agriculturist”. (Photo Guy Blomme) 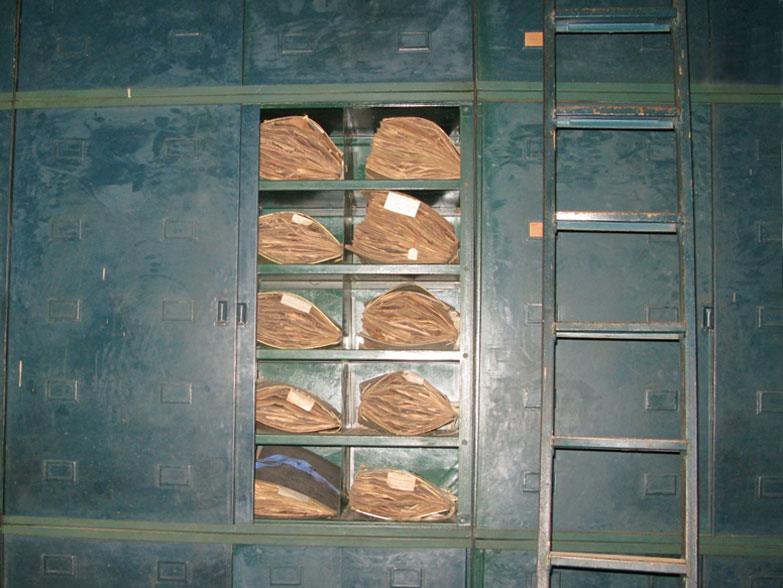 The research conducted at the station covered commercial and food crops, general ecology and natural history. The station’s herbarium had, over the years, become a refuge for the surviving elements of a Congo-wide collecting missions. Some 150,000 species of plants and animals were classified and catalogued. It has since been looted, but dozens of drawers are still filled with samples collected by hundreds of botanists, all Belgian. (Photo Dan Koeppel) 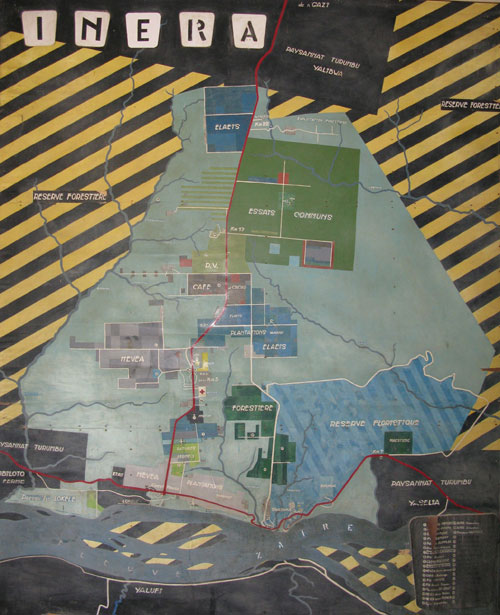 The research divisions with their laboratories and experimental fields were built along two main road axes. The original axis followed the northern bank of the Congo River, while the second perpendicular one stretched northwards for 25 kilometers. (Photo Guy Blomme) 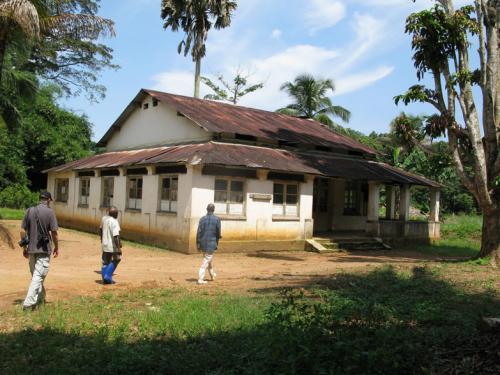 The original banana plantation was located at kilometer 5 along the road going north, hence the name Yangambi km 5 given to a local cultivar. The field collection is gone but the laboratory of the Food Crop Division is still standing. The inside looks as if it has been abandoned mid-experiment. (Photo Dan Koeppel) 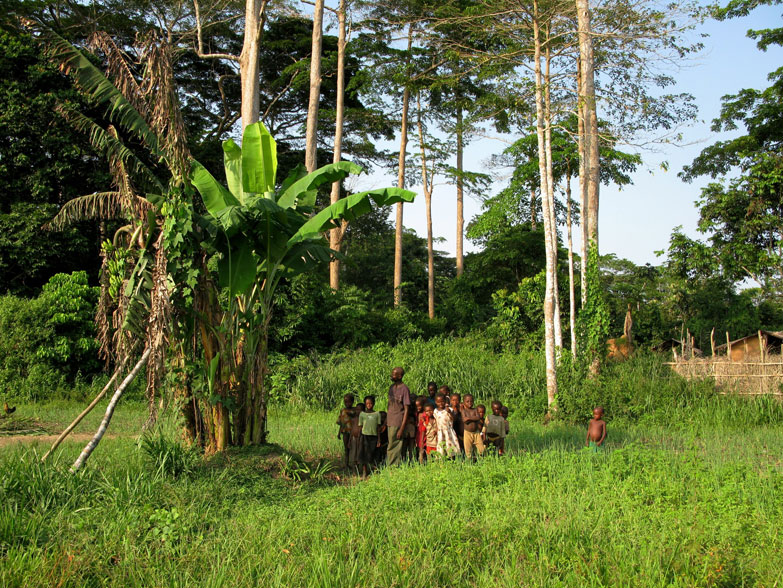 Initially, bananas - with little commercial potential in this part of the world - were not something a Yangambi scientist who wanted career advancement would study. But Edmond De Langhe, a young Belgian agronomist who had arrived at Yangambi in 1954, convinced his superiors that the fruit was an important food crop for the Congolese. (Photo Dan Koeppel) 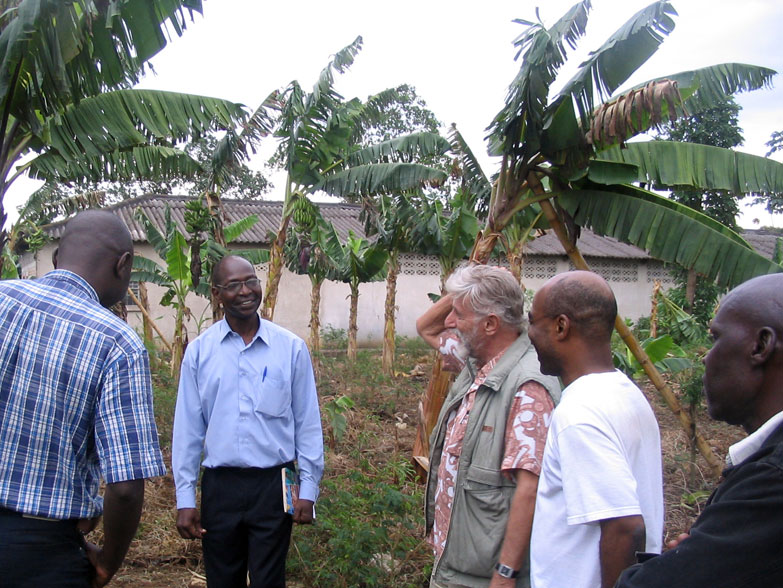 Edmond de Langhe went on to set up the Laboratory of Tropical Crop Improvement at the Katholieke Universiteit Leuven in Belgium. He went back to Yangambi, sometimes for several months, up through the 1980s, in the hope that he could help rebuild it. His most recent trip to the Democratic Republic of the Congo was in 2006 when he visited the banana field collection at the University of Kisangani. (Photo Nicolas Roux) 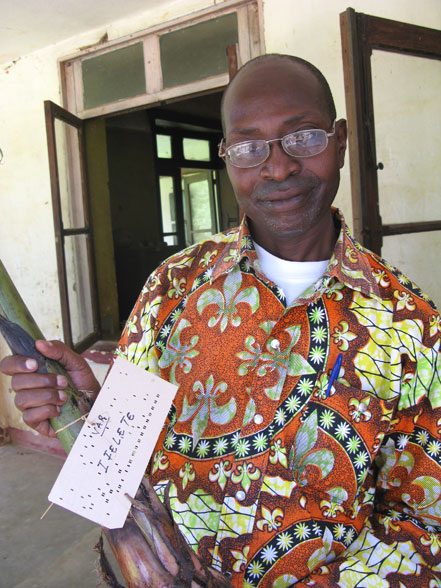 Benoît Dheda Djailo, a scientist at the University of Kisangani, brought back from Yangambi as many bananas as he could find and transplanted them in his collection. He has spent much of the past decade cataloguing and searching for bananas, all across central Africa. (Photo Dan Koeppel) 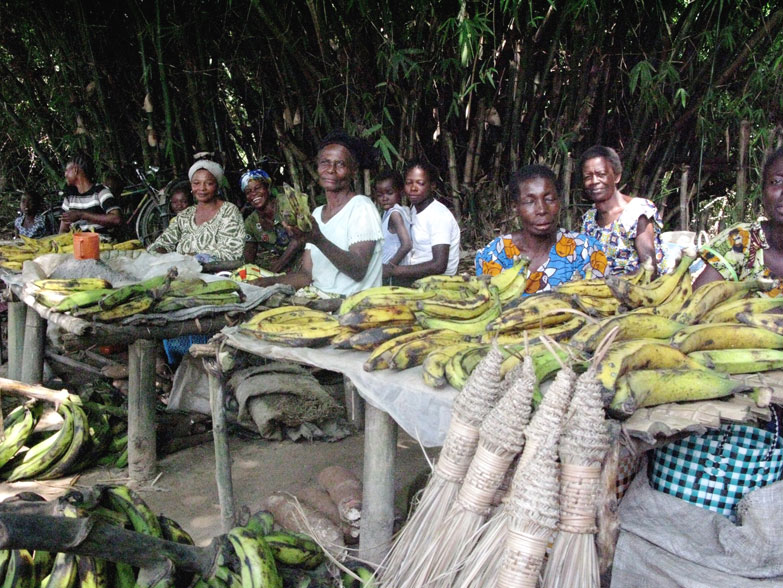 To this day the Democratic Republic of the Congo is filled with bananas, mostly plantains. They're in every community, every streetside market, in the gardens of churches and schools. (Photo Dan Koeppel) 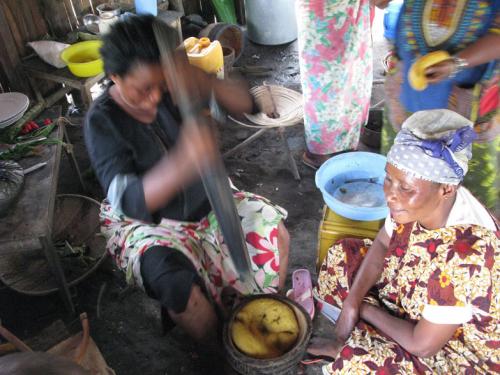 Plantains are used to make a thick paste made by boiling the fruits in water and pounding with a mortar and pestle until the desired consistency is reached. (Photo Dan Koeppel) 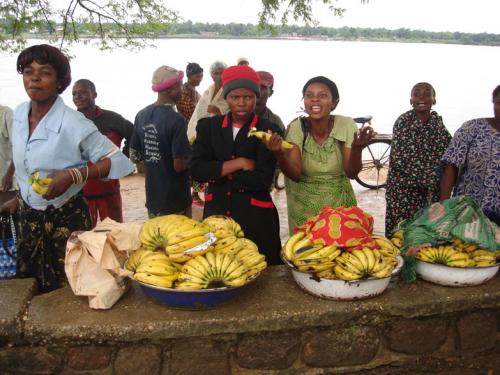 One thing that has changed since independence is the omnipresence of Gros Michel. Once rare, it is now easy to get, from markets along the river, or picked ripe from plants growing in villages. (Photo Guy Blomme)