Costa Rica cleared the first hurdle to obtain a protected geographical status for its bananas. An example for other banana-producing countries? 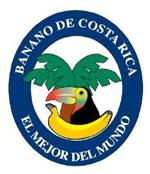 Earlier this year the National Banana Corporation (Corbana) announced that bananas had obtained registration of Protected Geographical Indication (PGI) in Costa Rica. The next step will be to ask the European Union to recognise the status in a bid to fetch a better price for Costa Rican bananas sold in Europe.

Geographical designations were enacted into European law in 1992 to protect the names of regional foods, similar to the ‘appellation’ systems already in use in many countries to indicate the origin of food products like wine or cheese. For example, Gorgonzola or Parmigiano can be labelled as such only if it comes from the designated region. Other conditions may also apply. To qualify as Roquefort, for instance, a cheese has to be made from the milk of a particular breed of sheep and matured in caves near the French town of Roquefort-sur-Soulzon to come in contact with the spores of a fungus that grows only in these caves.

Non-European countries can benefit from the regimes covered by the Protected Geographical Status framework, which also include Protected Designation of Origin and Traditional Specialty Guaranteed, by entering into bilateral agreements with the EU. In return, the EU gets protection of its products outside its borders. As with other intellectual property rights, the aim of these regimes is to increase the income of right holders, but unlike trademarks which are in the hands of companies, geographical designations are ‘owned’ by all the producers organized together as a consortium, explains Francesca Re Manning, a solicitor at the CGIAR’s Central Advisory Service on Intellectual Property. “The advantage of true geographical designations is that the entire community of producers ends up benefiting from the added valued of a product. That is why it is not enough to identify a product and find its characteristics; an effective value chain and a strong institutional framework needs to be set up and function”.

Even then, the premium on the price of bananas would not automatically follow. The market also has to recognise that there is something more to bananas from Costa Rica and be willing to pay extra for it, as it already does for organic and fair-trade bananas. To take the example of the only product from Latin America with a PGI status, it’s unlikely that consumers would pay more for Colombia coffee if they didn’t agree that it is superior to non-label coffee.

According to Alistair Smith of Banana Link, Costa Rica could set an example to other banana-exporting countries. Yet, what distinguishes the bananas sold in Europe is more the variety than the country of origin. The vast majority of imported bananas, including those from Costa Rica, are Cavendish varieties that most consumers would probably be unable to tell apart. “A Cavendish is a Cavendish”, says Peter Bloch, a market development specialist. “Any protection of a universal variety is, in my opinion, a case of unwarranted interference in the marketplace.”

It is indeed surprising to see the ubiquitous Cavendish beating other types of bananas to a PGI designation, but the move has the merit of drawing attention to a potentially useful tool. “It would be interesting to see whether PGI designations can help align market forces with the cultivation of a greater diversity of bananas”, notes Stephan Weise, director of Bioversity International’s Commodities for Livelihoods programme.

A geographical indication identifies a product whose quality, reputation or other characteristic is attributable to its geographical origin. Can you suggest a GI for a banana that in your view owes part of its distinctiveness to a specific place or area?