Loading...
Under the peel » Taming the scientific literature on banana diseases

Three to four years ago, I became aware that almost all copies of the CABI Publishing book entitled Diseases of Banana, Abacá and Enset, which I had edited and which was released at the turn of the century, had been sold and inflated prices were being asked by online retailers for the few that remained. Not long after this discovery, I approached CABI Publishing and offered to edit an updated version of the book in my retirement. After an investigation into the need for a new issue of the book, I was given the go ahead to begin work on finding authors for profiles of the various diseases and disorders of the crops involved. 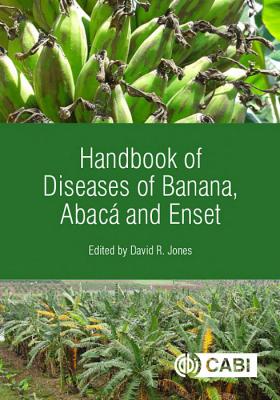 Handbook was added to the title of the new version.

Published results of research in certain areas seems to have grown exponentially in recent years. Since the previous publication, much work has been undertaken on the most important diseases of banana, such as black leaf streak, Fusarium wilt, Xanthomonas bacterial wilt, bunchy top and banana streak. This is reflected in the increase in the number of pages devoted to these particular problems. More is also known about some of the pathogens causing less serious and widespread diseases.

The nomenclature of many fungi affecting banana has changed or is changing as a result of genetic sequencing. Taxonomic mycologists have now abandoned the dual nomenclature system (sexual and asexual morphs) in favour of a natural classification based on one name for a fungal species. If the chosen name is the sexual morph, then the asexual morph name becomes a synonym and vice versa. This approach has not been without its problems and, although the determination of which scientific name to use is based on the principle of priority and for the sexual morph, situations exists in which applying these principles strictly does not contribute to the nomenclatural stability of fungi. While these changes are in progress, it has been problematic to decide which fungal name to include in this publication. Most fungal names are those that are considered to be current in Mycobank and/or Index Fungorum. It will be for the editor or editors of the third edition of this book to resolve issues arising from future decisions made by the Nomenclature Committee for Fungi. As for virus species names, John Thomas has determined when they should and when they should not be written in italics.

Should the name of a disease that contains the genus of the causal fungal pathogen change when the fungus is accommodated in a different genus? I was faced with this dilemma in light of reclassifications of the causal agent and the new ‘one name for one fungal species’ nomenclature. For the sake of continuity, I have mostly kept the old disease names in this book even if the fungal genus in the name is no longer appropriate. Again, it is for the editor or editors of the next edition to determine if these diseases need renaming.

The book again follows the format laid down by the late Harry Stover in his 1972 publication entitled Banana, Plantain and Abacá Diseases. As before, chapters cover diseases caused by various groups of causal agents and disorders caused by unknown and known factors. By far the biggest chapter is devoted to fungal diseases of the foliage. The increase in information on diseases that has become available since 1999 means far more of the book discusses these problems. There are no chapters dedicated to conventional banana breeding and genetic engineering for disease resistance as in the first edition. Instead, these topics are covered under the sections on ‘control’ for the various diseases.

The revised book is now complete and I would like to thank those who contributed, all of whom are authorities in their fields and many my personal friends. I found my disease descriptions to be much more time consuming than I had anticipated before I started, mainly because I had underestimated increases in the relevant information available since the last edition. I would like to thank Rachael Russell and Alexandra Lainsbury of CABI Publishing for their patience with me, especially when I encountered setbacks. While most authors provided their own illustrations, some additional material was obtained from Tony Cooke and Jeff Daniells of the Queensland Department of Agriculture and Fisheries (QDAF). I would like to thank all contributors for sending me digital images of disease symptoms, most of which appear in this book. Roger Shivas of QDAF is also especially thanked for valuable discussions on fungal taxonomy and the new fungal nomenclature. I am also very grateful to Yu Pie Tan of QDAF for additional mycological information.

This book, like the last, is for all ‘banana doctors’ around the world. I hope that it serves as a useful field and laboratory guide plus a source of information to all those investigating problems of the banana, abacá and enset crops.

Adapted from the preface of Handbook of Diseases of Banana, Abacá and Enset, with the kind permission of CABI Publishing.