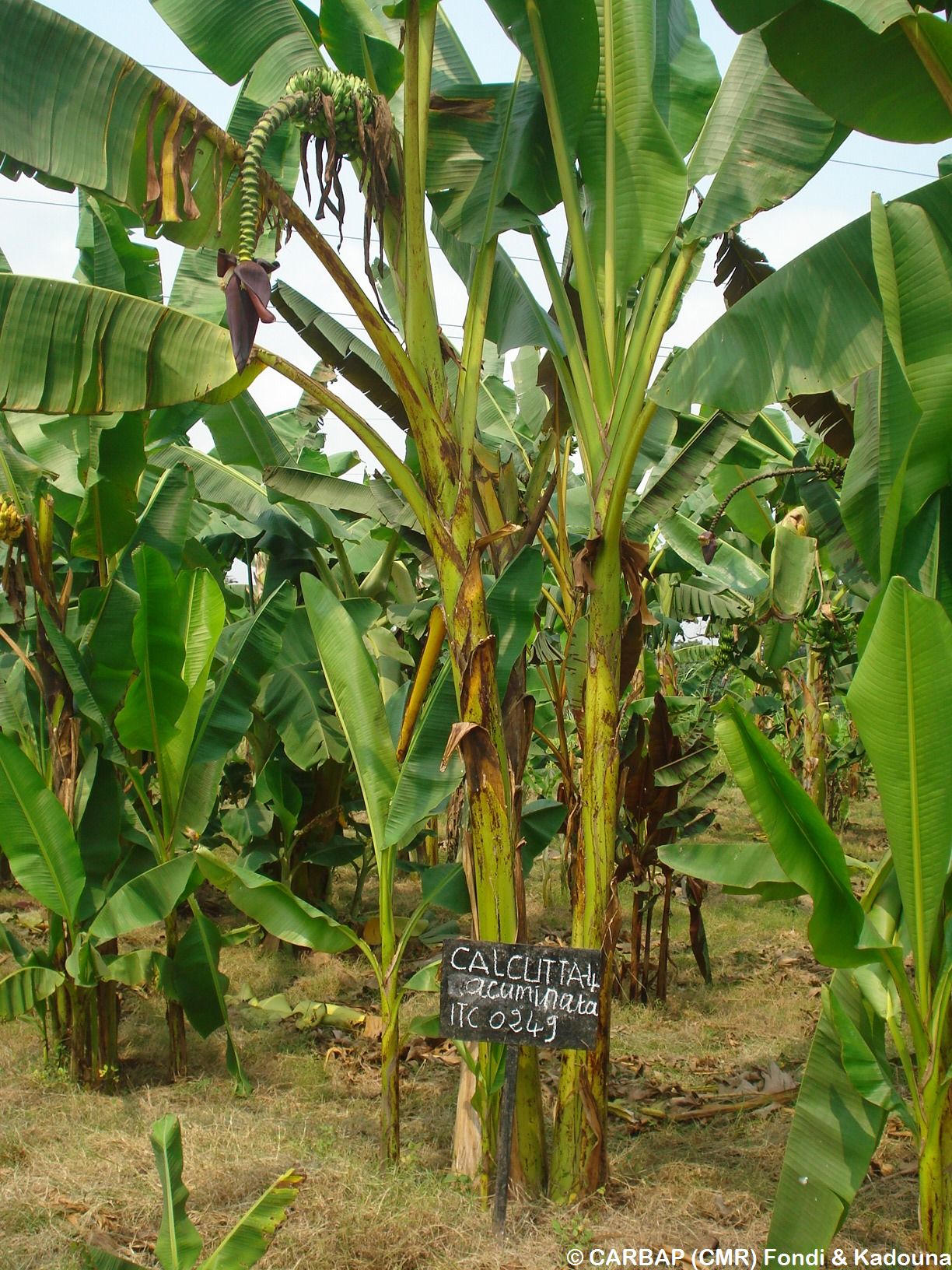 Calcutta 4 is the name of an accession of Musa acuminata ssp. burmannica1 grown at the Imperial College of Tropical Agriculture (ICTA) field collection in the West Indies from a sample of seeds received in 1931 from the Calcutta botanical garden2 . According to Ernest E. Cheesman, who was working at the ICTA at the time, the material originally came from Burma (today's Myanmar)2 . Cheesman adds that in 1938, the ICTA received from a silviculturist in Burma two clones, Tavoy and Long Tavoy, which he describes as nearly identical to each other and Calcutta 4, except for small differences in quantitative characters such as bunch size and fruit length. In 1962, FHIA obtained Calcutta 4 from ICTA and gave it the code IV-9 in its germplasm collection.

Calcutta 4 has been used extensively in breeding because of its resistance to black leaf streak. It is also resistant to sigatoka leaf spot, several races of Fusarium wilt and partially resistant to Radopholus similis and other nematodes.

Calcutta 4 has a small non-parthenocarpic bunch, weighing less than 2 kg3 .

Calcutta 4 is considered highly resistant to Mycosphaerella fijiensis 4 5 ,  though it was attacked by several isolates of the pathogen in some experiments6 .

Calcutta 4 has moderate to good resistance to Radopholus similis8 .

Calcutta 4 has been used in many breeding programs, because of its resistance to black leaf streak.

In Honduras, many crosses were made between different bred diploids and Calcutta 4 to attempt to produce resistant hybrids with improved bunch features. SH-2989 was selected out of these crosses, because of its resistance to black leaf streak and better bunch characteristics than Calcutta 4. Out of further crosses of SH-2989 with improved diploids, SH-3437 was selected, which is highly resistant to black leaf streak and has a bunch weight of up to 35 kg, and is one of the parents of FHIA-20.

Calcutta 4 is also the male parent of black leaf streak-resistant tetraploids bred by IITA9 , such as the plantain-like TMPx 6930-1.

Use in germplasm evaluation trials

Calcutta 4 (ITC0249) is recommended for evaluation trials as a highly resistant reference to black leaf streak10  . It has been used as such in IMTP trials11 12 .