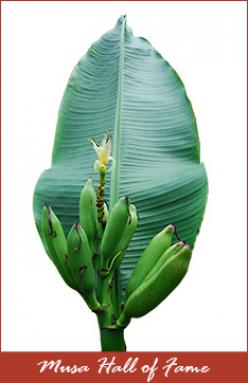 The Musa Hall of Fame was created to honour individuals who have made valuable contributions to our knowledge on bananas. Each inductee is given a Musapedia page highlighting their achievements.

For the better part of the 20th century, research on bananas was dominated by nationals of countries involved in the export trade. For example, the three British inductees — Ernest E. Cheesman, Norman Simmonds and Kenneth Shepherd — made some of their most important contributions when they were working at the Imperial College of Tropical Agriculture in Trinidad, which at the time was a training centre in tropical agriculture for the agricultural services of the British Empire.  Similarly, both Phil Rowe, a breeder from the United States, and Robert Stover, a plant pathologist from Canada, worked for the United Fruit Company, which later became Chiquita Brands.

The other inductees come from different backgrounds. The American nutritionist Lois Englberger earned a place in the Musa Hall of Fame because of her ground-breaking work on bananas rich in precursors of vitamin A in the Federated States of Micronesia, whereas the self-taught Finnish botanist Markku Häkkinen was recognized for his field studies of wild species of bananas.