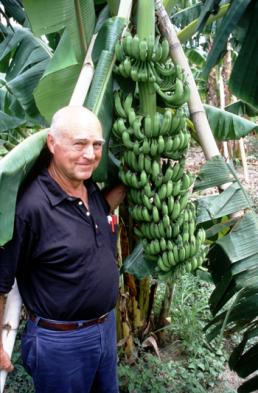 Phil Rowe was a banana breeder who spent his entire career in Honduras. His creations, the disease- and pest-resistant FHIA hybrids, are among the first hybrids to be introduced to smallholder farmers. He died in 2001 in La Lima, Honduras, at the age of 62.

Rowe was born and schooled in Arkansas, USA. After he graduated from Michigan State University, he moved to Honduras with his wife Jeannette to work for what was then the United Fruit Company (which later became Chiquita Brands). 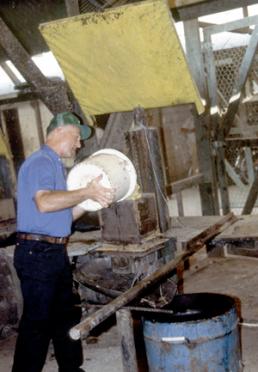 Soon after joining United Fruit, Rowe became responsible for the banana breeding programme and later oversaw its transition from a private enterprise to a governmental research institute, the Fundación Hondureña de Investigación Agrícola (FHIA). The FHIA hybrids that he developed were among the first hybrids distributed to smallholder farmers. They have proved resistant to multiple diseases and pests, in addition to being high yielding and adapted to a wide range of environmental conditions.

Rowe never tired of trying to convince people that the best approach for improving bananas was to develop agronomically-improved, disease-resistant diploid lines and using them as the male parent in cross-pollinations onto seed-fertile triploids to produce tetraploid hybrids. He worked tirelessly to increase support for the traditional breeding of this “intractable crop”, but was opposed to the creation of other banana improvement programmes on the ground that it was more complicated than with other crops1 .

Among those who appreciated his work were the Cubans, who readily adopted some of the FHIA hybrids. As the Head of Cuba's banana research programme wrote in the 2001 INIBAP Annual Report “In Cuba we will always remember him with admiration, love and respect; and all those feelings will be manifest in the farms around the Island where today the fruits of his work are flowering”2 .

1 Response to the CGIAR article on the Global Programme for Musa Improvement (PROMUSA) published in first issue of the ProMusa newsletter
2 Tribute to Phil Rowe, page 34 in the 2001 INIBAP annual report. INIBAP, Montpellier, France. 72p.