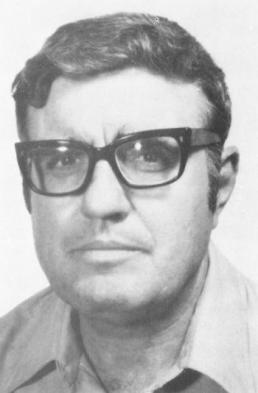 Robert Harry Stover was a plant pathologist, best known for his work on Fusarium wilt and Sigatoka leaf spots. But he was also an authority on all diseases that affect banana, as well as aspects of its production and management. His books Banana, Plantain and Abaca Diseases1 and Bananas2 are testaments to his wide-ranging knowledge of the crop. He is also the co-author of an influential paper proposing a breeding strategy3 that has since been used successfully.4

Stover was born in Chatham, Ontario, Canada on 2 December 1926. In 1947, he obtained a B.Sc. in agriculture from the University of Guelph. From 1949 to 1951, he was plant pathologist and head of investigations on tobacco diseases with the Canadian Department of Agriculture in Harrow, Ontario. During the winter months he attended graduate school, and in 1950 he graduated from the University of Toronto with a Ph.D. in plant pathology.5

In 1951, Stover joined the United Fruit Company (now Chiquita) in La Lima, Honduras, to investigate, and devise strategies for managing, Fusarium wilt which had been decimating export plantations of 'Gros Michel' throughout the tropics. In a short time he made major contributions to the understanding of the disease, its control and epidemiology, and the biology, ecology and pathology of its causal agent, Fusarium oxysporum f. sp. cubense. His research culminated in post-doctoral studies at Cambridge University where he wrote, Fusarial Wilt (Panama Disease) of Bananas and other Musa Species.6

After the export trade converted to resistant Cavendish cultivars, Stover’s focus shifted to Sigatoka leaf spot, caused by Pseudocercospora musicola. Although the disease did not have the lethal impact of Fusarium wilt, it affected yield and fruit quality. Work on control of the disease took on a sense of urgency when, in the early 1970s black leaf streak, caused by Pseudocercospora fijiensis, was first detected in the Americas. The pathogen had a more serious impact on production than Sigatoka leaf spot, and quickly became the primary concern for export producers throughout the humid tropics.

Despite his reputation as a researcher Stover spent much of his career as an administrator. He served as the Chief of the Department of Plant Pathology of the United Fruit Company from 1961 to 1974, and Director of the Division of Tropical Research from 1975 to 1977. By then, the United Fruit Company had become part of the United Brands Company. In 1975, Stover became the Director of the Division of Tropical Research in the Services for Tropical Agricultural Research, S.A. (SIATSA) of United Brands and served in this capacity until 1984, when the Fundación Hondureña de Investigación Agrícola (FHIA) was created with facilities donated by United Brands.

Stover remained active after he retired in 1985. He started and directed a laboratory in which consultative work was conducted for banana companies, agrochemical firms, agencies and individual producers in Mexico, Central America, South America, the Caribbean, Africa, Australia and Asia.

Stover wrote more than 110 articles in refereed journals, as well as numerous book chapters, reviews and technical publications.7 In addition to his monograph on Fusarial wilt6 , he wrote two major books: Banana, Plantain and Abaca Diseases1 , which has remained the reference on diseases with the publication in 20008 and in 20189 of updated versions edited by David R. Jones, and Bananas2 .

About the latter, his co-author, Norman Simmonds, wrote in the preface that the book was almost entirely due to Stover. "The only justification for my name appearing as an author are that a few chapters of my Bananas remain more or less intact, that Longman urged joint authorship and that Dr. Stover was kind enough not to disagree. So this work is really ‘Stover on Bananas’ and I can’t imagine a more suitable author. He has lived with those delightful plants for more than 30 years (which is twice as long as I did) and the fact is everywhere apparent.”

Stover was on the governing board of the College of Agricultural Science Professionals of Honduras in 1969 and 1970, and was one of the original members of the Board of Trustees for the International Network for the Improvement of Banana and Plantain (INIBAP).  In 1977, he was named a Fellow of the American Phytopathological Society (APS), and in 1983 he received the Award for Contributions to Banana Research of the Asociacion para la Cooperacion en Investagaciones Bananeras en el Caribe y en America Tropical (ACORBAT).  In 1985, he received the Gold Medal of the College of Professionals in Agricultural Sciences of Honduras (COLPROCAH), and the Medal of Honor for Merit from the University of San Pedro Sula. He was an active member of APS, the Canadian Society of Phytopathology, the American Association for the Advancement of Science, COLPROCAH, and ACORBAT.

In 2001, the FHIA research library was named the R. Harry Stover Library. He passed away on the  morning  of  25  February  2003,  outside  La  Lima.  He is also remembered for helping students and schools in Honduras and his contributions to improve the health and living conditions of the population in his adopted country, especially the poor.5