Banana farming in the French Caribbean islands of Guadeloupe and Martinique used to rely heavily on pesticides. At least until the 1990s, when a series of bans on pesticides that were used against weevils and nematodes prompted a gradual switch to more sustainable and less damaging alternatives, such as crop rotations, fallows and biological control using pheromone traps. 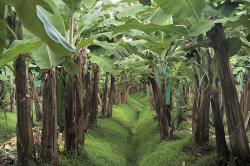 These and other changes have allowed banana growers to cut by half their use of herbicides, insecticides and nematicides since 2006, says Sébastien Zanoletti, Director of Innovation and Sustainable Development at UGPBAN, the banana grower association of the French West Indies. “More and more growers also plant a ground cover, which  creates an ecosystem favourable to insects and other animals, some of which help keep banana pests in check. We can see more biodiversity in the banana fields but evaluating the impact of adopting agroecological approaches is a complex undertaking. This is why we commissioned 14 biodiversity specialists to pose a diagnostic on the ecological health of our banana plantations. The study was conducted in 2014 and 2015.” The species observed at the edge and inside banana fields are common to both islands, but the scientists also saw rarer species.

The full report of the study is available here and the illustrated summary here. 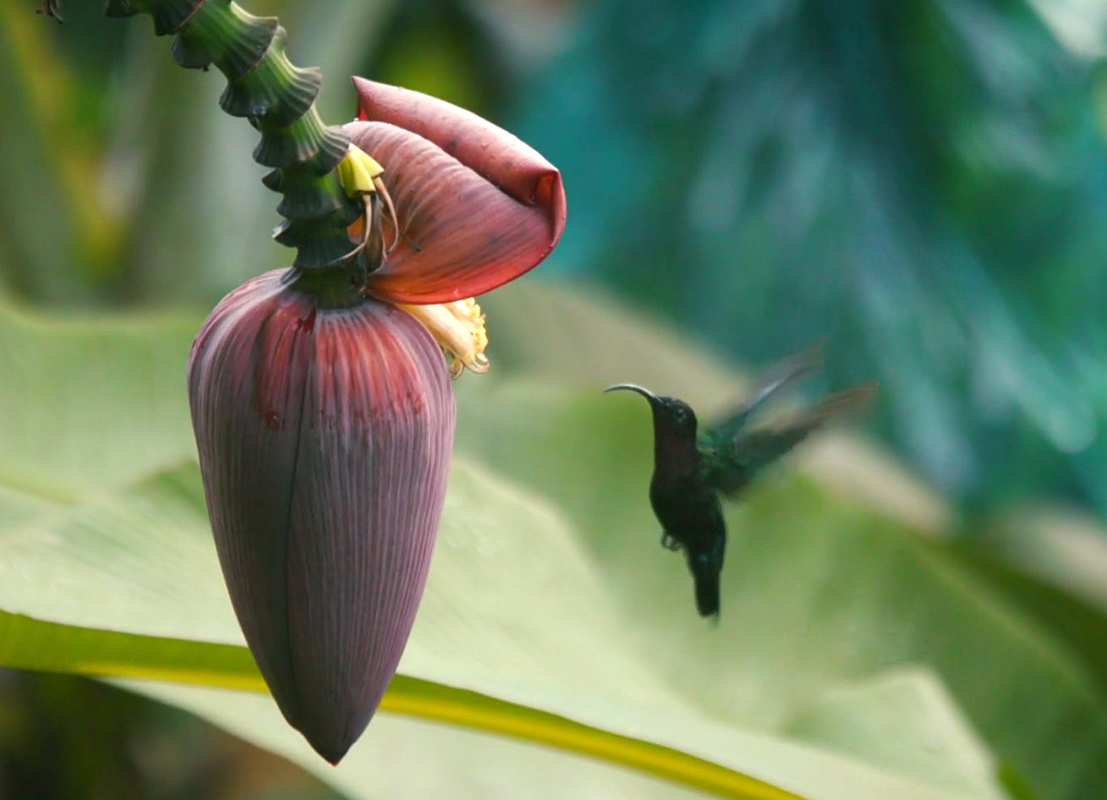 The study found a positive link between the application of agroecological approaches and biodiversity. For example, the average number of bird species, 7, was up compared to a previous study that reported an average of 3 species. Scientists also observed a correlation between the presence of certain species and the development stage of the banana plants. Hummingbirds, for one, were very territorial during flowering, chasing other hummingbirds away. They were less often observed at other times and tended to ignore each other. (Photo: UGPBAN) 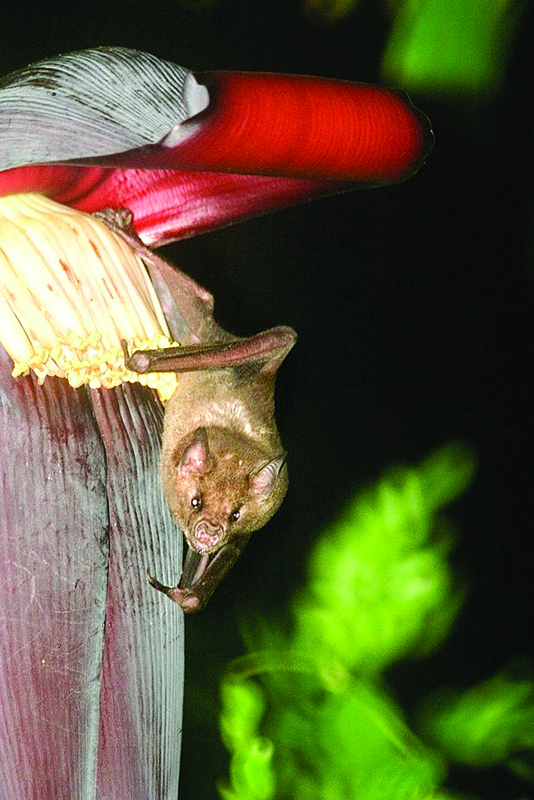 Seven of the 13 species of bats known to be present on the islands were observed in the banana plantations. One of them is the leaf-nosed bat, Brachyphylla cavernarum. This Antillean fruit-eating bat has a varied diet that also includes pollen, nectar and insects. (Photo: Y. Bercion, ASFA) 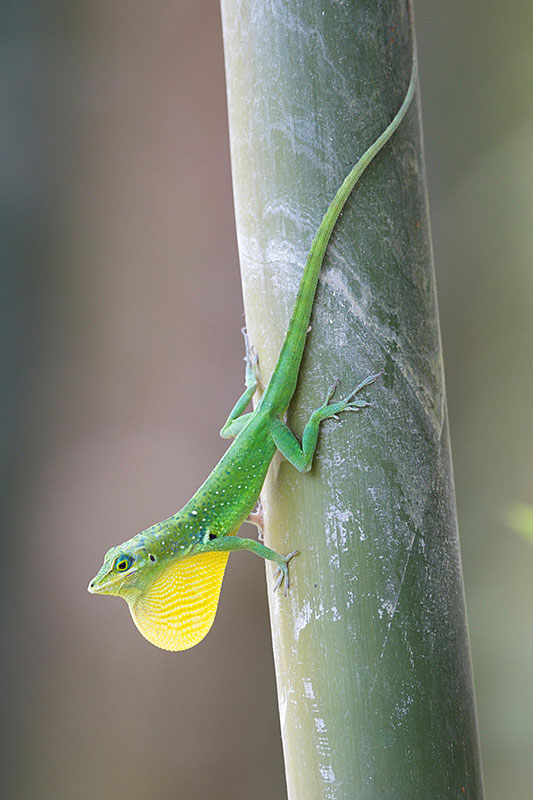 On each island, a different species of anole lizard was observed: Anolis roquet in Martinique and Anolis marmoratus in Guadeloupe. During the day, adult anole lizards, especially reproductive males, were found on the pseudostem defending their territory or on the look-out for prey. In contrast, juveniles, and some females, were found on the ground, where they hunt in the litter. (Photo: UGPBAN) 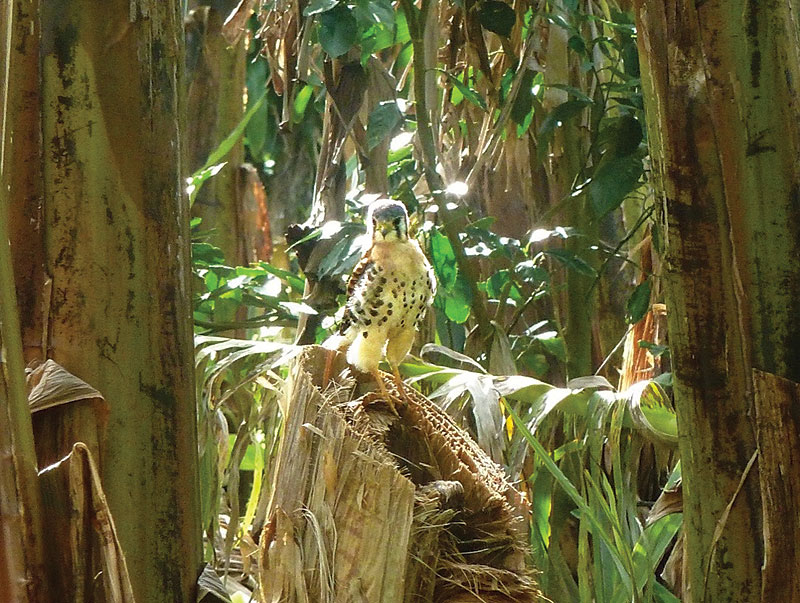 In total, 24 species of birds were inventoried inside the banana fields and at their edge, including the American kestrel, Falco sparverius, the smallest and most common falcon in North America. Its diet typically consists of insects, lizards, frogs, and small birds and rodents. (Photo: UGPBAN) 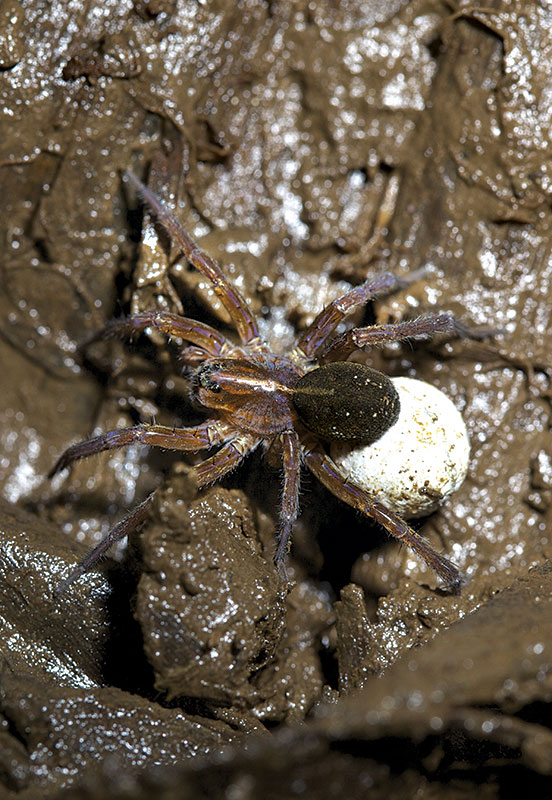 Spiders were generally abundant in the surveyed banana fields. Being generalist predators, their role in regulating the populations of pests that feed on banana plants is unclear. Wolf spiders (Lycosidae sp.) do not spin webs, chasing insects on the ground instead. The female in the photo is carrying an egg sac. (Photo: UGPBAN) 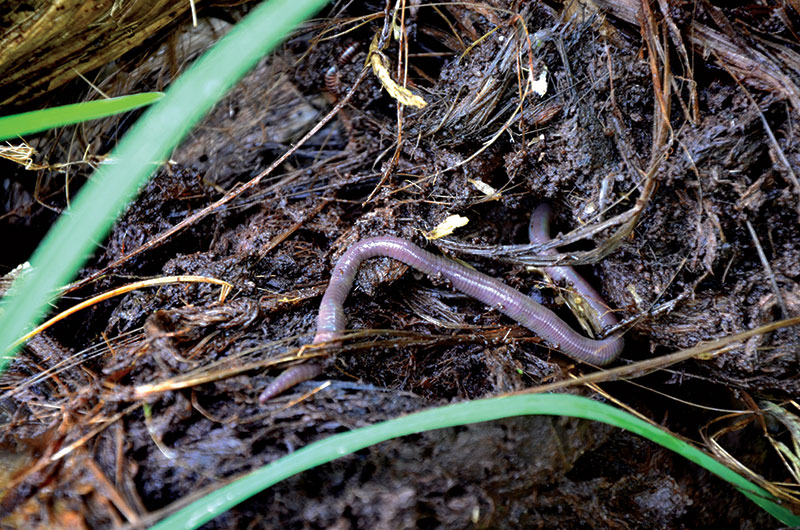 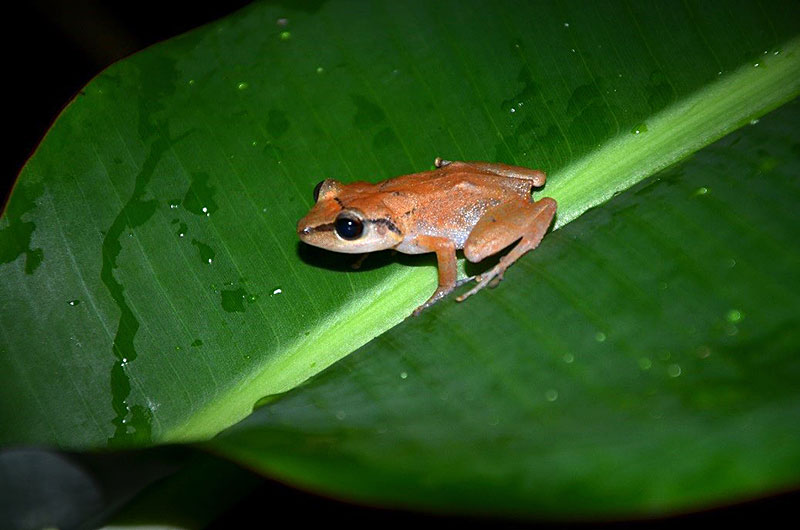 The scientists observed four species of amphibians, including the native Martinique robber frog, Eleutherodactylus martinicensis, considered as a near threatened species by the IUCN. The permeable skin of amphibians makes them sensitive to pollutants in their environment. This species is difficult to see during the day as it hides relatively high up at the base of banana leaves. It lays its eggs on the ground. (Photo: UGPBAN) 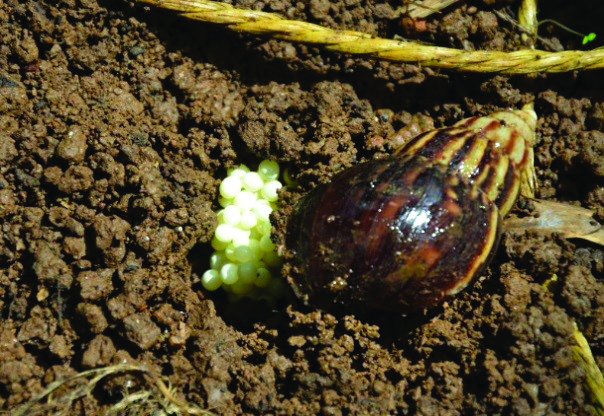 Banana fields are also attractive to introduced species, such as the giant African land snail, Achatina fulica. Originally from East Africa, this invasive species was first observed in Guadeloupe in 1984 and in Martinique in 1988. (Photo: UGPBAN)