'Isla' is one of the most sought-after bananas in Peru. Yet, little is known about it, starting with how and when it got to South America.

Most of the bananas of Latin America trace their ancestry back to Asia, from where they were taken west (see map). The standard story is that the banana reached Santo Domingo in 1516, from where it was taken to the mainland. That this introduction occurred is not disputed. The disagreement is over whether it was the first banana to reach the Americas, since several historical accounts suggest that bananas were already being cultivated before Columbus landed on the continent1 2 . 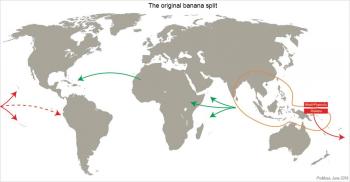 There might have been previous introductions via the Atlantic, but the presence of 'Isla' in Peru suggests another route, via the Pacific. This is because 'Isla' is not an Asian banana but a Pacific one. Known in scientific circles by its Hawaiian name, Iholena, it was domesticated in the New Guinea region, from where it was disseminated across the Pacific, along with other types of bananas.  One of them is also present in Peru, a Maoli-Popoulu cultivar known locally as 'Palillo'3 . It is not as popular as its 'Isla' cousin but, like the latter, it is known for its nutritional value. In Peru, the demand for 'Isla' and 'Palillo' is driven almost exclusively by health-conscious people who are aware of their beneficial properties, particularly for infants, elderly and convalescents.

Scientists from Peru's Instituto Nacional de Innovación Agraria (INIA) have been documenting the production systems of these bananas and the problems faced by farmers to help them manage this unique genetic resource and increase productivity. The project is funded by the Peruvian Ministry of Agriculture and Irrigation’s Secretariat for Technical Collaboration with the CGIAR. (Photos by Juan Carlos Rojas/INIA, Juan Carlos Rivas, and Charles Staver/Bioversity International). 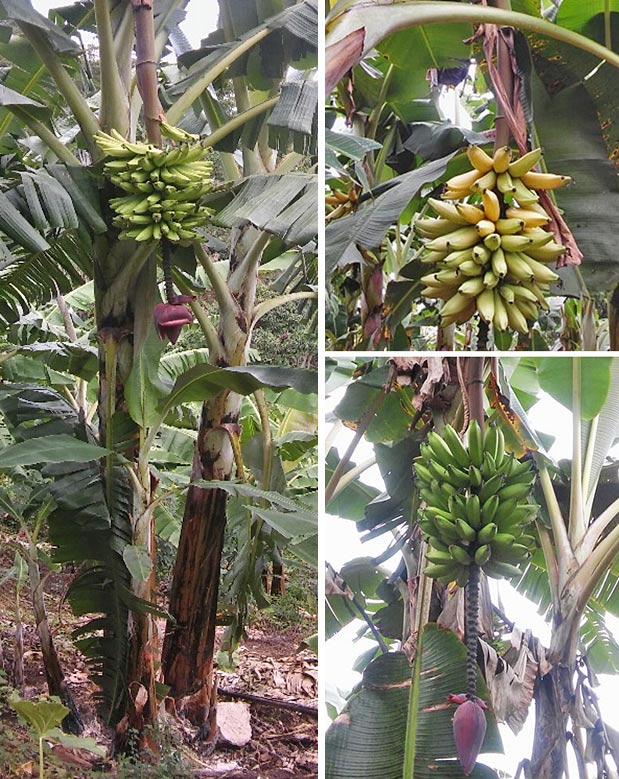 Iholena cultivars have a distinctly shaped bunch whose fruits point out at right angle. INIA scientists have documented four main forms of 'Isla', named after the colour of their pseudostem. Clockwise from left: the 'Isla Negro' form, which is said to be less susceptible to diseases; the popular 'Isla Blanco' form, appreciated for the quality of its fruits; and 'Isla Verde', the form with the lowest commercial value because of the small size of its fruits. The fourth form is 'Isla Rosado', with its reddish pseudostem (see below). 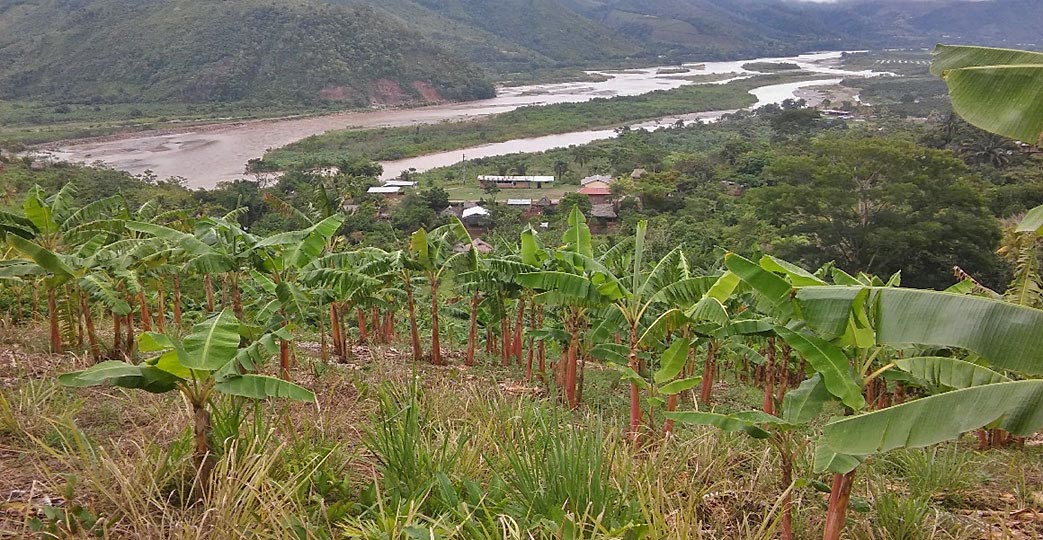 'Isla' bananas are best adapted to the agro-climatic conditions of the selva (the Amazon jungle), and of the eastern slopes of the Andes, up to 1,500 meters. One of the two main production zones is in the north, in the Amazonas Region, and the other is in the Selva Central, where it straddles the Junín and Pasco Regions. 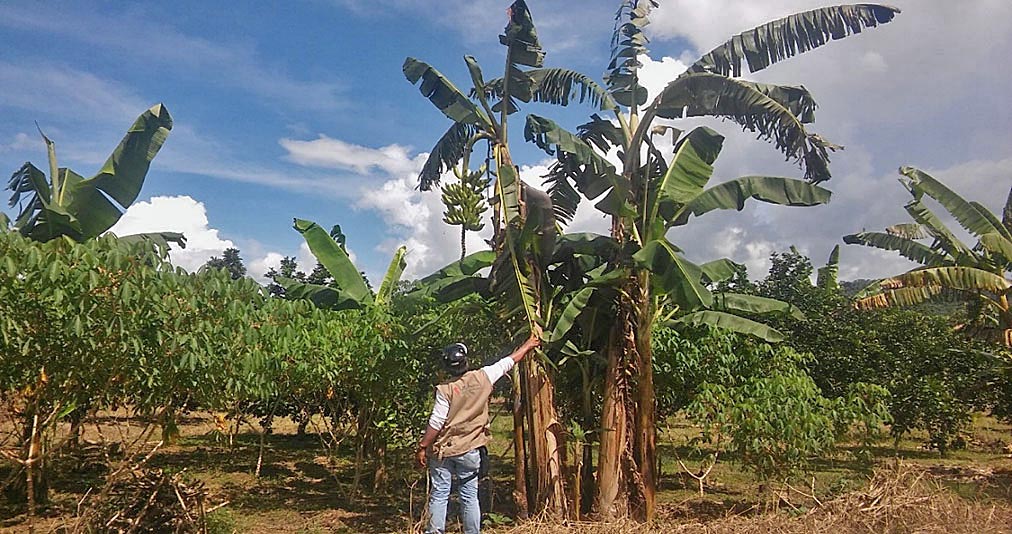 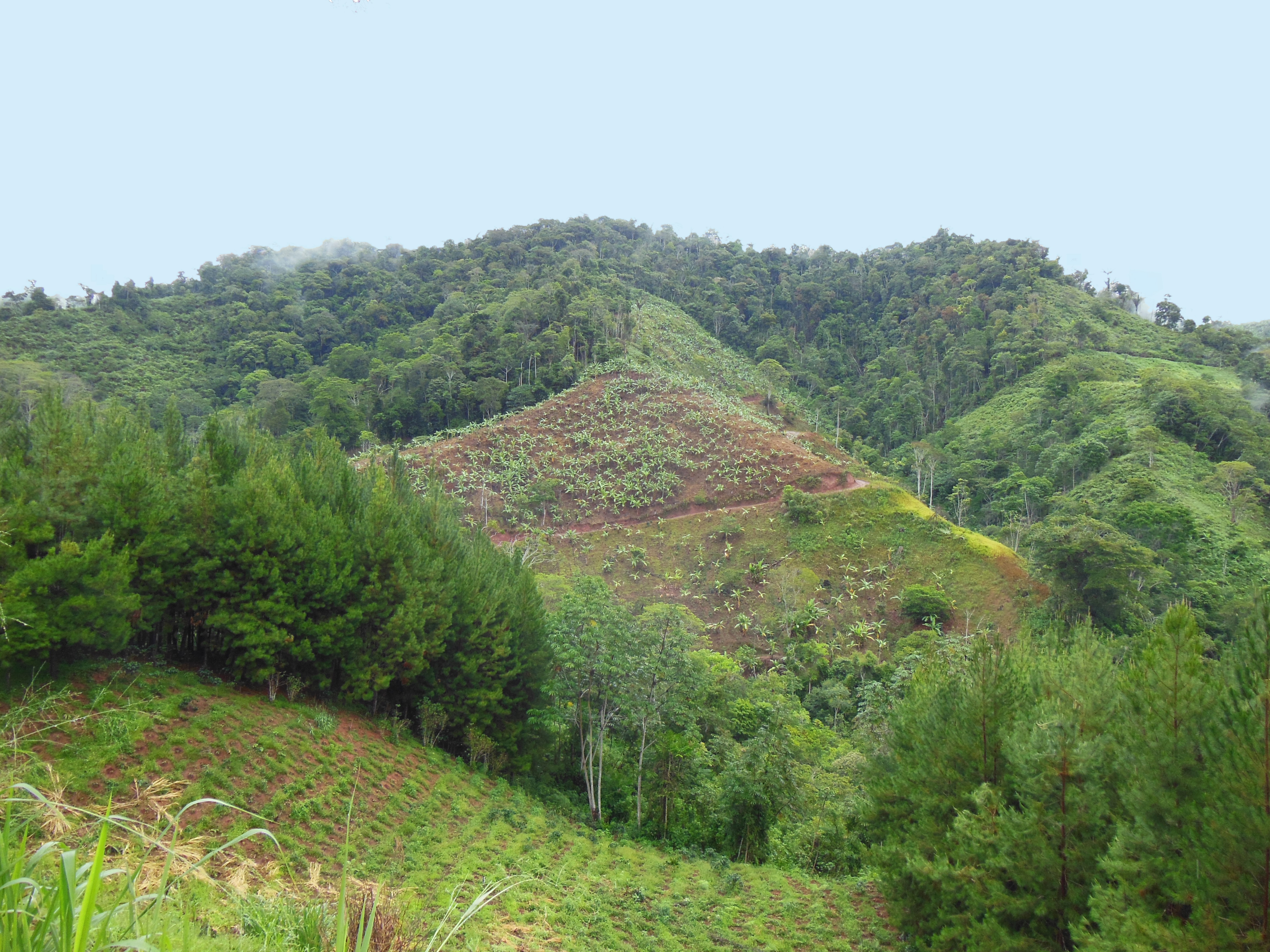 The susceptibility of these bananas to pests (mainly weevils and nematodes) and diseases (especially Fusarium wilt) calls for frequent replanting. Farmers typically move their plantations to a new site that is free of pests and diseases after two to three harvests. 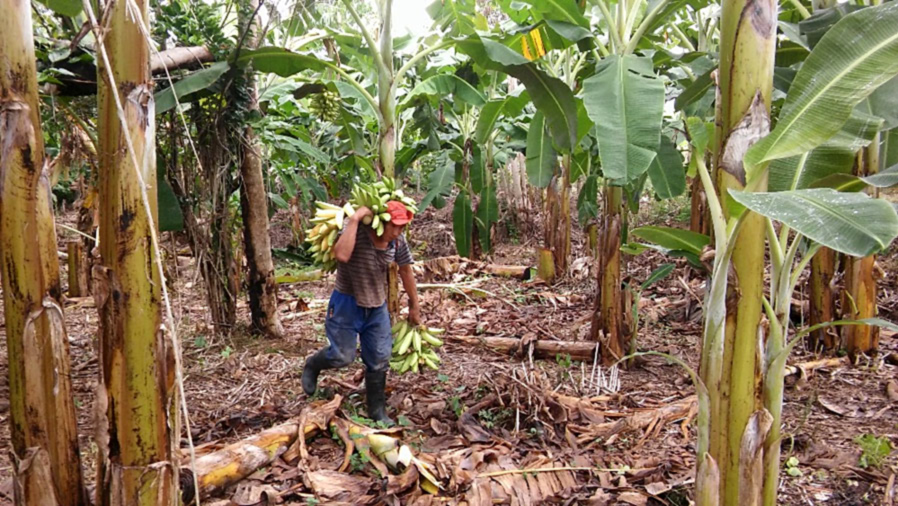 The demand for 'Isla' and 'Palillo' bananas, which keeps prices high, attracts thousands of farmers (the exact number is not known) to participate in the informal supply chain. 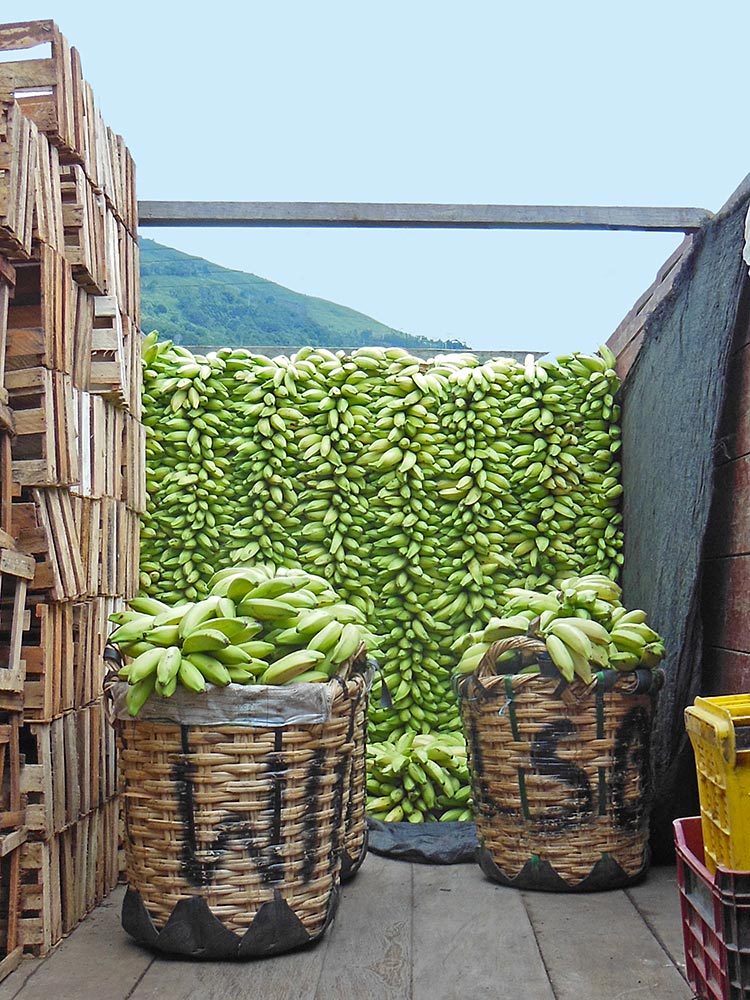 The Andes separate the farmers from their markets on the coast. The bananas are transported by truck. It’s not unusual for the trip to take as long as 10 to 12 hours. 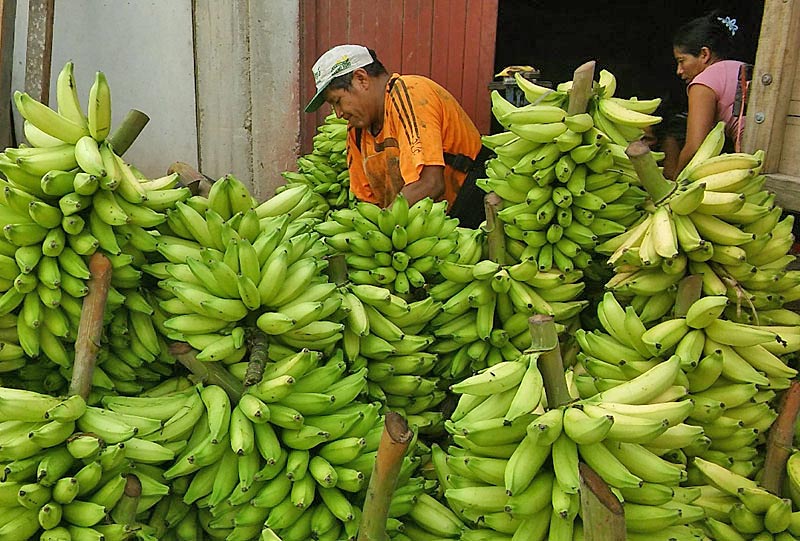 The farmers sell their bananas to wholesalers who supply a string of urban markets scattered along the coast, from Tumbes in the north to Arequipa in the south. The biggest market is the capital Lima. 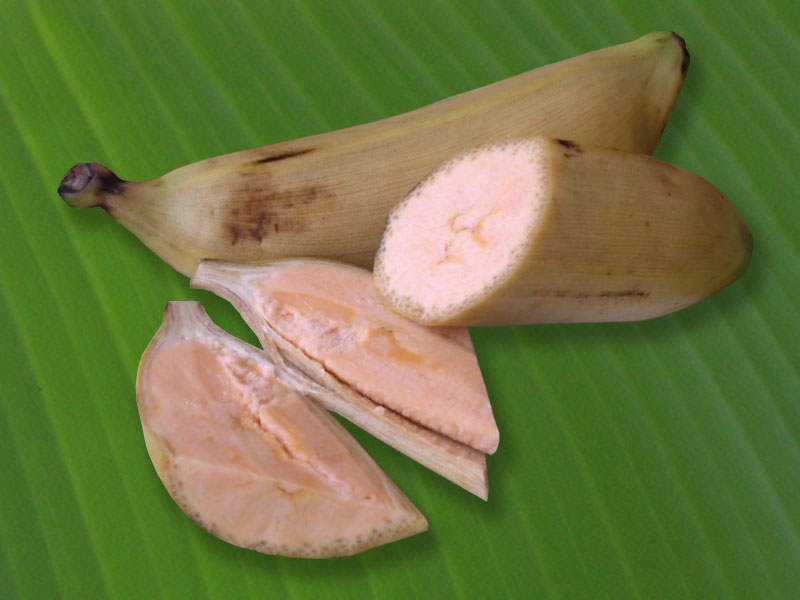 The health benefits of Iholena cultivars are linked to the pink-orange colour of their pulp, which indicates high levels of provitamin A carotenoids. But whereas in the Pacific region these bananas are usually cooked, in Peru 'Isla' bananas are more often than not eaten raw when fully ripe. But if you are not familiar with this type of banana, do not rush to eat them. This is because the peel turns yellow before the fruit is ripe. It’s best to wait for the peel to turn black. Its taste has been described as “embodying a rich and lingering semi-sweetness piqued with a lemony tang”.