International Network for the
Improvement of Banana
and Plantain 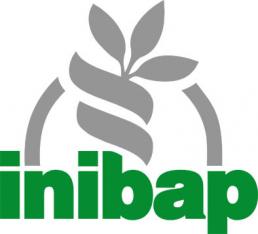 INIBAP is short for International Network for the Improvement of Banana and Plantain. It was created in 1985 as an independent networking organization headquartered in Montpellier, France. In 1991 it became a centre of the Consultative Group on International Agricultural Research (CGIAR) and in 1994 it merged with another CGIAR centre, the International Plant Genetic Resources Institute (IPGRI). At the end of 2006, INIBAP and IPGRI jointly adopted the name Bioversity International.

INIBAP was created in 1985 to address the threat posed by the spreading epidemic of black leaf streak disease by promoting the conservation and safe exchange of banana genetic resources in support of breeding, disseminating information, and leveraging resources for research on the crop1 .

The founding director of INIBAP is Edmond de Langhe, one of the world's foremost expert on bananas. His first exposure to bananas dates back to 1954 when he worked as an agronomist at the Yangambi research station in what was then Belgian Congo2 . He went on to set up the Laboratory of Tropical Crop Improvement at the Katholieke Universiteit Leuven in Belgium.

One of the first actions of the network was to set up in Belgium a global collection of bananas housed at the INIBAP Transit Centre (ITC), which has since been renamed the International Transit Centre.

Soon after its creation, INIBAP also started channelling financial support to the Fundación Hondureña de Investigación Agrícola (FHIA), which in 1984 had inherited the breeding programme started by the United Fruit Company. Capitalizing on more than 25 years’ worth of work on bananas, the Honduran breeding programme was soon able to deliver disease-resistant hybrids. Before they were released, the hybrids were field-tested in the International Musa Testing Programme (IMTP) set up in 1989.

In 1987, the first of the banana regional research networks, the Latin America and the Caribbean Network (LACNET), was set up. It was renamed MUSALAC in 2000.

By the beginning of 1991, INIBAP had four regional offices located at Turrialba, in Costa Rica, Los Baños, in the Philippines, Douala, in Cameroon, and Kampala, in Uganda.

In 1991, INIBAP joined the CGIAR network of international agricultural research centres. The same year Nicolas Mateo succeeded Edmond de Langhe at the helm of the network and the Banana Asia-Pacific network was set up as ASPNET. It was renamed BAPNET in 2004.

In 1994, INIBAP established the Banana Research Network for Eastern and Southern Africa (BARNESA).

In 1994, INIBAP merged with IPGRI and became a programme of the Institute. Emile Frison took over as Director when Mateo joined the Regional Fund for Agricultural Technology (FONTAGRO) of the Inter-American Development Bank.

In 1997, INIBAP and the World Bank set up the ProMusa global programme aimed at accelerating the impact of banana improvement efforts by increasing interactions between pathologists and the world’s banana breeders. The programme had five interlinked thematic working groups (Genetic Improvement, Fusarium wilt, Mycosphaerella leaf spot diseases, Nematodes and Viruses), coordinated by a secretariat provided by INIBAP3 .

The same year, a fourth banana regional research network, MUSACO, was set up for West and Central Africa. It has since been replaced by an innovation platform.

In July 2001, the Global Musa Genomics Consortium (GMGC), an international network of scientists applying genomics tools to the banana, was established during a meeting held at the National Science Foundation in Arlington, in the US4 . INIBAP was nominated to act as the Secretariat and Frison became the Consortium's first coordinator.

When Frison left to become Director-General of IPGRI, he was replaced in 2003 by Richard Markham. The same year, IPGRI embarked on a process of strategic review that resulted in a major restructuring of the Institute. The new structure reflected a shift in emphasis from the conservation of crop genetic resources to improving the well-being of people through the deployment of biodiversity.

In 2005, INIBAP celebrated 20 years of networking with a symposium on the conservation and use of Musa diversity for improving livelihoods and the inauguration of a travelling exhibit on bananas. The symposium's keynote addresses were adapted for the 2005 INIBAP Annual Report5 .

In 2006, INIBAP proposed a conservation strategy building upon existing strengths in the Musa collection held at the International Transit Center (ITC), and several national collections, to rationalize the global effort to conserve the crop's gene pool and promote the safe use and distribution of a wide range of diversity6 .

On the 1st of December 2006, INIBAP and IPGRI jointly adopted the name Bioversity International and the work on bananas was incorporated in the Commodities for Livelihoods programme coordinated from Montpellier. Richard Markham oversaw the integration of the network's work on banana with that on cacao and coconut.

The publication of INFOMUSA ceased in 2007.  That same year, the ProMusa working groups were restructured into the Crop Improvement, Crop Protection and Crop Production working groups, and membership was opened to non-scientists. A few years later, the databases on bibliographic references on bananas (Musalit) and researchers on bananas (Musacontacts, formerly BRIS) were incorporated to the ProMusa webiste, which by then had become a knowledge-saring platform7 .