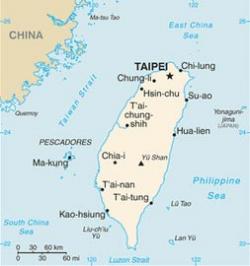 Taiwan is one of the first places in Asia to participate in the international banana trade. It started exporting bananas to Japan in the early 1900s. The banana industry expanded rapidly and reached its peak in 1967 when bananas were grown over 50,000 hectares, making Taiwan the second largest exporter, after Ecuador, with 26 million 16 kg boxes3 . The industry started to decline as the Philippines developed its own export industry and Fusarium wilt race 4 spread through the plantations of Cavendish bananas. The volume of bananas exported to Japan declined from 20 million cartons in the 1960s to less than 1 million cartons in 20084 .

Most bananas are grown in monocultures of Cavendish types. About 30% of the Cavendish production is exported to Japan while 70% is consumed locally5 . The main cultivars are Pei Chiao, a Giant Cavendish clone, and somaclonal variants of Chei Piao selected by the Taiwan Banana Research Institute (TBRI).

Besides typhoons and low winter temperature (see Production systems), the main constraint is Fusarium wilt, more specifically race 4, which was first observed in 19676 . Because of the fungus, the banana production area declined from 50,000 ha in the 1960s to 5,000 ha in the early 1970s3 .